Konstantin Maradishvili is a professional football player from Russia who currently plays in the Russian top league, the Russian Premier League. He plays in the defensive midfielder position for Lokomotiv Moscow Football Club where he joined in 2021. He wears the Number 5 Jersey for his team.

Before joining Lokomotiv in 2021, he used to play for CSKA Moscow. He played there for 3 years before joining his current club. He also plays in the Under 21 tea of Russia. Previously, he also played in the Under 20 team of Russi where he scored 1 goal in 5 appearances.

Konstantin Kobovich Maradishvili, famously known as Konstantin Maradishvili was born on February 27, 2000, in Moscow, Russia. According to astrology, his birth sign is Aquarius.

His father's name and mother's name are not revealed yet. But according to sources, his father is of Georgian descent while his mother is Russian. He is the home product of CSKA Moscow where he joined in 2007. At that time, he was just 7 years old.

Finally, in 2018, he was promoted to their senior team, He spend another 4 seasons with the club and later transferred to Lokomotiv Moscow in 2021.

His weight is around 75 kg and appears with his short black hair.

What is the net worth and salary of K Maradishvili? Car and Luxuries

As per sources, the net worth of the Russian defensive midfielder is $1.6 million. His net worth includes all his properties, cars, houses, assets, and monetary worths.

He lives a moderate lifestyle with his family in Russia. He barely flexes his properties on his social media. So, there is no information about his cars and houses. The same source claims that the highest-earning Lokomotiv's player is Fedor Smolov.

Is Konstantin dating anyone? Who is his girlfriend?

Konstantin is a quiet person who does not like to share his relationship status and dating life in public. He has barely shared his girlfriend's information on his social media. 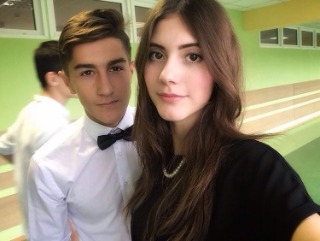 So, it is hard to estimate who his partners are. But he has shared multiple photos with different girls on his Instagram. Since he has not mentioned them as his partner or anything, they might be his friends only.

He has an Insta account with the username @maradishvili where he has more than 14,000 followers.