Gossip Kirby Smart and his Wife Mary Beth Lycett Married since 2006; Reason behind their Successful Relationship and their Children

Kirby Smart and his Wife Mary Beth Lycett Married since 2006; Reason behind their Successful Relationship and their Children

Just as a successful career Kirby Smart is having as a coach, his married life with Mary Beth Lycett is more prosperous. The year 2022 marks the complete 15 years of the couple having been married.

Fifteen years is just the time they have been married, let's not forget the time they dated before tying their knot in 2006. So, what is the secret recipe the couple has to sustain their relationship?

Let's go through all the details regarding Kirby's and Mary's relationship. When and how did they meet? Where are they living together? Do they have children or not?

Mary Beth Lycett is famous for being the wife of Georgia Bulldogs head coach Kirby Smart.

For her education, she went to Morrow High School. Like her husband, she was also an athletic person and used to play basketball there She was even named is Georgia Basketball for her exceptional demonstration of a high school basketball career. 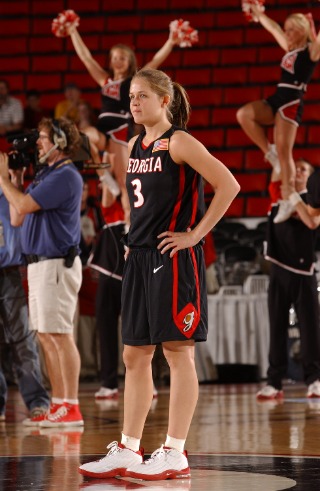 Later, she attended the University of Georgia during the late 90s. And she was also in the team of Georgia Bulldog's women's basketball team.

How did Kirby meet Mary Beth?

It was during her college time when Mary met her future husband K. Smart. Both were heavily involved in sports. 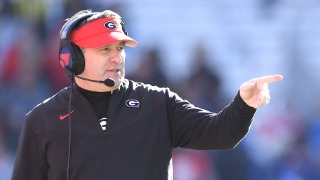 At the time of their meet, Mary was on the college basketball team while Kirby was working as a running back coach, both at the same university, the University of Georgia.

When did they get married?

Kirby and his love Mary got married on 15th July in 2006. The wedding ceremony was held in St. James United Methodist Church in Texas, US.

The couple has lived together for more than 16 years. In their relationship, there was never news of the couples having a divorce that may lead to divorce and the end of their relation.

The couple properly understands each other and maintain a good balance between their professional and private life. This is one of the biggest reasons the couple has maintained their relation properly.

Who are their children?

Mary Beth and her husband Kirby Smart are blessed with 3 children, 2 sons and a daughter. On 8th February of 2008, the couple gave birth to their first children, Juli and Weston who were twins.