Kimberly Alicia Jones famous as Kim Jones is an American renowned sports reporter currently working for NFL Network and WFAN radio in New York City. She was the clubhouse reporter for New York Yankees games on the YES Network from 2005 to 2011.

The resident of Saddle Brook, New Jersey, Kimberly Alicia Jones, reportedly earns around $25,000, as her yearly salary from the network, and as of 2019, she reportedly has an estimated net worth of over $500,000.

Kim Jones Net worth and Salary

The American sportscaster/anchor Kimberly Alicia Jones has an estimated net worth of $500,000, as of 2019.

Moreover, she is one of the most popular NFL Network anchors who has made a successful career as a sports anchorwoman.

Forty-six days later, I’m back on @nflnetwork. See you from @nyjets all day. #lifeisgood

Currently at the age of 49, Kim is possibly single woman. Further, there aren't any rumors about her current relationship and affairs in the media. Maybe her career has taught her how to balance her personal life with her profession. 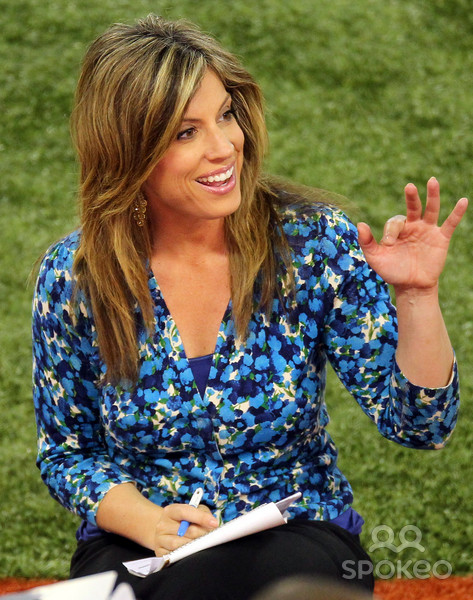 Kim has a height of 5 feet 7 inch and additionally, she is pretty famous in social media with a huge number of followers. She is currently living in Dallastown, Pennsylvania.

Kimberly Alicia Jones was born on September 7, 1969, in Dallastown, Pennsylvania. She holds an American nationality and belongs to the White ethnic group. Further, the details about her parents and siblings are not available yet.

She joined Penn State University in order to fulfill her dream of being a sportswoman and a reporter. In addition to sports, she also studied journalism so that she could live her dream in the future.

Kim's reporting career began just after her graduation. She was a regular reporter on the Penn State Radio program 'Let's Talk Penn State', in which she also broadcasted her own segment 'Keep up with the Jones'.

After appearing on The Penn State Radio, she went to Newark, New Jersey to be a reporter for  New York Giants' and a columnist for the newspaper 'The Star- Legend'.

On WFAN, Jones was a co-host of the Monday Night Live football talk show with WFAN's Ed Coleman and currently Carl Banks. Further, She has partnered with Chris Carlin, Marc Malusis and Sid Rosenberg in WFAN network.

In addition, she has interviewed many NFL players such as Kirk Cousins, Odell Beckham Jr, Landon Collins and many more