Ki-Jana Hoever is a rising Dutch professional football player. He is currently playing in the English Premier League for Wolverhampton Wanderers. Hoever plays as a center-back and right-back for his club and country. Ki-Jana turned professional in 2019 with Liverpool senior team.

Ki-Jana Hoever was born Ki-Jana Delano Hoever on January 18, 2002, in Amsterdam, Netherlands. He is the son of Ivan Hoever and Marianne Hoever. The player has not shared much about his early life in public. His father was a former American football player named him after Ki-Jana Carter. Talking about his physical appearance, Hoever stands five feet and eleven inches tall and weighs 65 kg.

Ki-Jana Hoever has an estimated net worth of more than $1 Million. The player credits most of his net worth to his successful football career. He signed a five-year contract worth more than £13.5 million with Wolverhampton. After signing five years deal with Wolves, his earnings will hike to (£20,000) weekly pay. 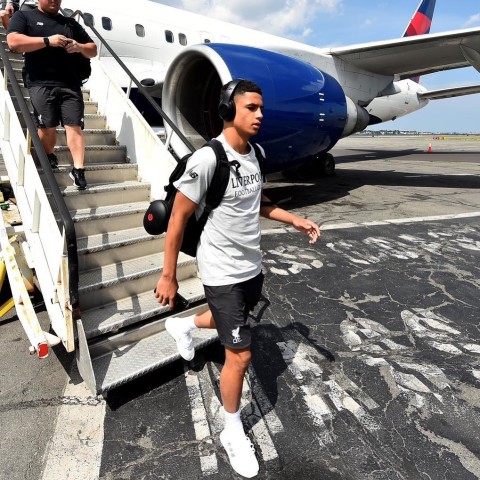 Hoever received £7,500 as his weekly wage while playing for Liverpool in the 2019/20 season. His base salary will be £960,000 for the next five seasons. The player is very early in his career and will be adding millions in the future. His fellow teammate, Willy Boly, has an annual salary of £3,500,000 playing with the Wanderers.

Who is Ki-Jana Hoever Dating? Know About His Girlfriend and Relationship Status

Ki-Jana is a very active social media user. He keeps sharing his life photos and information on his Instagram account. Following his timeline photo, we can be sure that the Dutch professional football player is dating his longtime girlfriend, Chardonnay Vermeer. The love birds have been dating each other for almost a decade. 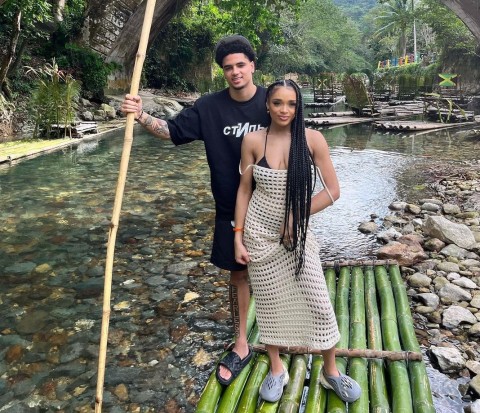 Ki-Jana shares a photo with his girlfriend at a vacation SOURCE: [email protected]

Hoever first shared a photo in his timeline with Chardonnay in August 2020. They have not shared about their first meeting experience. Both of them are very supportive of each other. Recently, They went on a vacation to Jamaica and spent some quality time there. Although The love birds have been dating each other for more than some time, they are yet to get engaged and exchange their wedding vows.

In late 2020, Hoever moved to Wolverhampton and signed a five-year contract worth £9 million. In his first season, He appeared in fourteen games and has not scored any goal.

Ki-Jana was called for the Netherlands U15 team in 2017. He appeared in four games and has represented them until U21. Hoever is yet to make his senior team debut.