Kevin Michael Harvick who is just as popular as Kevin Harvick is one of the proficient names in the world of racing. He is a sensational player and has earned his stardom due to his extraordinary performance in his professional game. He is an American professional stock car racing driver from the United States.

These days he competes for full-time in the NASCAR Sprint Cup Series. He drove the No.4 Chevrolet SS for Stewart-Haas Racing. During part-time, he raced in the XFINITY series. He is also the former owner of Kevin Harvick Incorporated.

How Much Is Kevin Harvick Net Worth In 2019? Know His Earnings and Endorsement

As of 2019, Kevin has an estimated net worth over $70 million. Kevin Harvick has maintained a pretty amount of bank balance from his annual salary. He has a huge fan base on social media.

He made his appearance on several TV talk shows such as Late Show with David Letterman, Live with Regis and Kelly, Jim Rome is Burning and The Tony Danza Show. 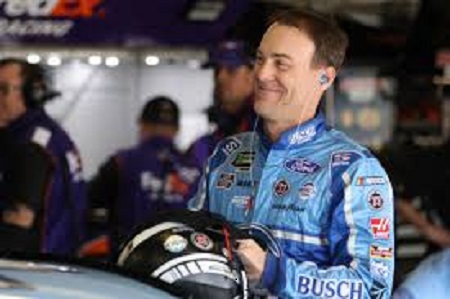 He also established a foundation named “Kevin Harvick Foundation. The motto of the foundation is to develop the lives of children throughout the United States.

Kevin Harvick has earned a lot of respect in the world of racing. He has a great persona. He has a height of 5 feet and 10 inches.

Kevin Harvick is a married man. He exchanged the wedding vows with DeLana Harvick. They tied the knot on February 28, 2001, in Las Vegas, Nevada. They met each other at Michigan Intl. Speedway as she was working as a public relations officer for fellow driver Randy LaJoie. 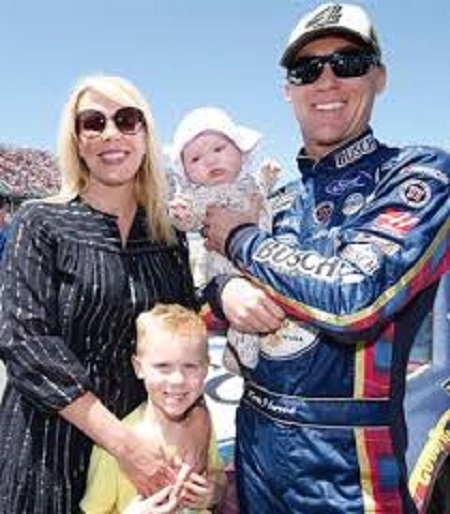 His wife was born to John Paul Linville who is a former NASCAR XFINITY Series. Currently, the couple resides in Charlotte, North Carolina. They together have a son named Keelan. His siblings are Clayton Harvick and Amber Harvick.

He was born on December 8, 1975, and this makes his age 40 years at this time. His place of birth is Bakersfield, California. His ethnicity is white. His birth sign is Sagittarius. He was born to Mike Harvick and JoNell Harvick

Moving on to Kevin Harvick professional life, from an early age he was passionate about racing. He enjoys watching the auto race on the television. During his high school years, he excelled in several other games as well.

He has a total of 46 wins in the XFINITY series. He also competed at American Canadian Tour and ARCA REMAX series. Numerous awards and rewards have honored him. He races extremely well and he is very fast on the racing track.