Ketlen Vieira is currently signed to the UFC, where the fighter gets paid a base salary on fight night no matter if they win or lose. Also, there is a “win bonus”,  “fight of the night” and “performance of the night” bonuses.

Earlier, she competed at Circuito de Lutas, Mr. Cage, and Big Way Fight Night, earning a decent amount. Also, sponsorship is a good source of income for her. As of 2020, her net worth is $0.5 million.

UFC fighter, Ketlen Vieira is an openly lesbian and reportedly married to her girlfriend who goes by the IG name giupereabjj. Scrolling through their official page, the lovebird has shared adorable pictures with lovely captions. 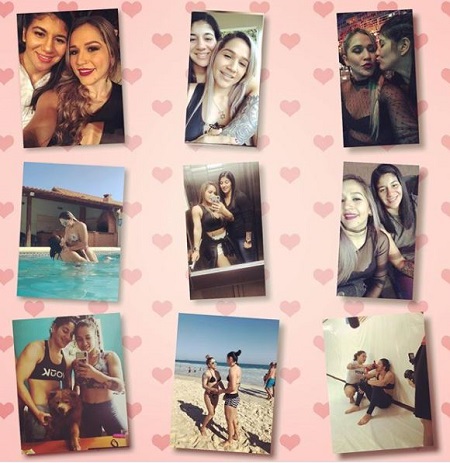 However, there is no information, where and when the couple met and their wedding date and venue.

Ketlen Vieira was born to Brazilian parents. She started to train jiu-jitsu when she was 12 years old, after a while, she started training Judo. She has always loved this fighting world, and her only dream was to become a fighter since her childhood. She attended law school but quit in order to train.

When asked Vieira about her heroes in an interview with UFC, she replied, "My mother And My Father."