Ashlee Evans-Smith is an American mixed martial artist who is currently signed to Ultimate Fighting Championship (UFC) under the women’s bantamweight division. A professional since 2013, she has previously competed at WSOF and CFA. Furthermore, she is ranked #11 in the official flyweight rankings as of 12th December 2018.

Evans-Smith's total UFC career disclosed earnings is recorded to be $123,000. Moreover, the thirty-one-year-old is neither married nor single. Currently, she is dating her boyfriend Mario Navarro.

Ashlee Evans-Smith Net Worth and Earnings

Not to mention, Ashlee Evans-Smith has summoned tremendous wealth through her professional MMA Career. Since 2014, she is signed to UFC. Her total UFC career disclosed earnings is disclosed below in the table.

Evans-Smith is currently in a romantic relationship with fellow MMA fighter Mario Navarro, who competes in Bellator MMA. 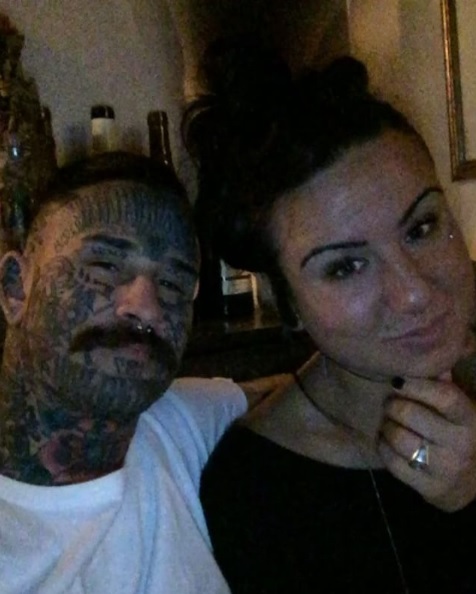 Analyzing their official social sites, both have shared romantic pictures of them which they have captured while they were in vacations, events, or date. Besides this there ni news and rumors of Evans-Smith's past love affairs, boyfriend or husband.

HAPPY BIRTHDAY MY LOVE. @handsomenavarro ??So many more years of fun & adventure ahead of us. ??Have an amazing day Mario.?? -

Ashlee Evans-Smith is also a philanthropist. She loves charity. She is associated with some charitable organizations in the United States.

Ashlee Evans-Smith was born on July 9, 1987, in Ukiah, California, United States of America. As per nationality, she holds an American nationality and belongs to white ethnicity. Her zodiac sign is cancer. She is the daughter of Tim Evans. It seems she is a single child of her parents.

Ashlee Evans-Smith attended North Monterey County School. During her high school years, she excelled in wrestling, basketball, and baseball. She has not mentioned her college years.

On December 6, 2014, Ashlee Evans-Smith made her UFC debut against Raquel Pennington at UFC 181 and lost the fight via technical submission in the third round.

In 2017, she had two bouts against Kelten Vieira and Sarah Moras at UFC on Fox: Johnson vs. Reis and UFC 215. However, she lost both the fights.  On 7th April 2018, she defeated Bec Rawlings at UFC 223. She faced Andrea Lee at UFC on ESPN 1 on February 18 and was defeated via decision. She has an MMA career record of 6-4-0 to date.