Kessler Edwards is a highly talented American college basketball player who recently declared his name for the upcoming 2021 NBA Draft. He currently showcases his amazing gameplay for the Pepperdine Waves men's basketball team in the West Coast Conference of the NCAA Division I.

Hailing from the suburbs of Glendale, California, Kessler Edwards was born in 2000. He celebrates his birthday on the 9th of August every year, making him 20 years old as of now. His zodiac sign is Leo.

His father's name is Fred Edwards and his mother's name is Ada Edwards. Apart from his parents, he has two brothers named Kameron Edwards and Kyle Edwards. His older brother, Kameron is a professional basketball Small forward for the Kangoeroes Mechelen of the Pro Basketball League (PBL).

Kessler Edwards basketball career initiated while he was studying as well as playing basketball at Etiwanda High School. His freshman year with the team went well but it wasn't until sophomore year that he showed wonders. In his sophomore year, he averaged 11 points per game. For his performance, his name was included in the All-Baseline League second team.

His gameplay in the junior year was even better, with him averaging 17 points and 9 rebounds per game. Likewise, in the senior year, Kessler averaged 21.3 points and 7.3 rebounds per game, leading his team to the Southern California Open Division regional final. By the time his high school ended, he was considered a consensus three-star recruit. Later, he committed to play college basketball for Pepperdine University's Pepperdine Waves men's basketball team. 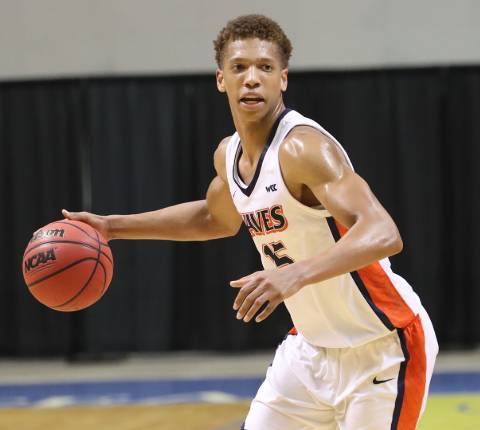 The 20-year-old surprised everyone in his debut season through his amazing basketball skills. He played in 34 games and over 1,001 minutes (second-most ever by a Pepperdine rookie) and averaged 10 points, 5.6 rebounds, 1.0 blocks, and 1.1 steals. His remarkable debut earned him a WCC All-Freshman team status. In his sophomore year, he averaged 13.8 points and 7.5 rebounds per game, earning him All-WCC second-team honors.

His performance excelled as he averaged 17.2 points and 6.8 rebounds per game in the junior year. He also earned First Team All-WCC recognition. After a good college season, on April 23, 2021, Edwards declared his name for the 2021 NBA draft while maintaining his college eligibility.

As per sources, the average salary of a newly drafted NBA player is $898,310. Furthermore, the numbers might rise up to $1,678,854 considering the player's stats and experience.

Is Edwards Single or Dating?

The Glendale, California native basketball player is not dating anyone as of this moment, making him an eligible bachelor. The pictures on his social media handles also suggest the same. 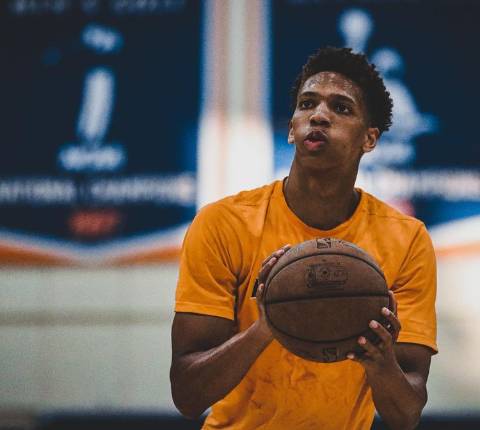 Noting that, it can be said that Kessler is giving more focus towards his career rather than spending time on establishing a romantic relationship. And, as he is just 20-year-old, there is much more time ahead for him to focus on his personal life.