Kenneth Smith a.k.a. Kenny Smith is an American sports commentator and retired basketball player in the National Basketball Association (NBA). He finished his collegiate career at the North Carolina Tar Heels and was selected by Sacramento in the first round of the 1987 NBA draft with the sixth overall pick. During his playing stint (1987-1997), he played for the Sacramento Kings, Atlanta Hawks, Houston Rockets, Detroit Pistons, Orlando Magic, and Denver Nuggets.

As of 2020, Kenny Smith has an estimated net worth of $20 million. The 2× NBA champion has summoned over $13 million in salary through his decade long NBA career. After retiring from playing, he became a basketball commentator for the Emmy Award-winning Inside the NBA on TNT, where his annual salary is $4 million. 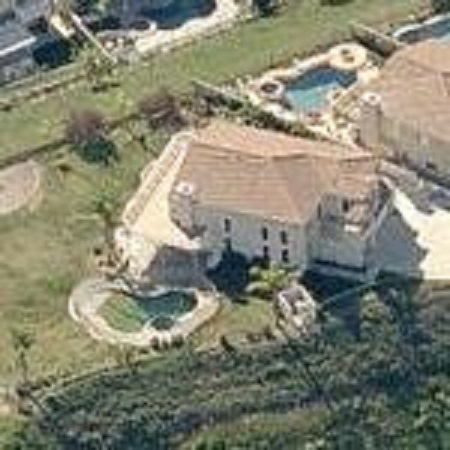 In January 2018, Kenny listed his Encino home for $3.6 million. Besides, he owns a house in Stevenson Ranch, California (CA).

Kenny Smith's Wife: Is He Married?

Smith has married twice in his life. He first tied the knot with Dawn Reavis. The couple shared two children: a daughter, Kayla, an $&B singer, and son K.J., a walk-on basketball player at the University of North Carolina, his father's alma mater. 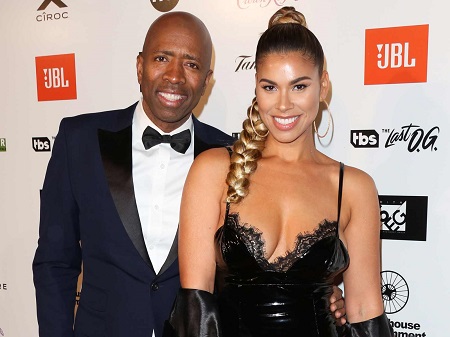 Kenny Smith and his ex-wife, Gwendolyn Osborne. SOURCE: The Blast

Following his divorce with Reavis, Smith met Gwendolyn Osborne, an English model at a charity event in 2004. The couple exchanged the vows on 8th September 2006. Later, two years the couple welcomed their first child, a son Malloy and their daughter, London, was born in 2012.

Also, Smith is a step-father to Osborne's daughter Monique from a previous marriage. In 2018, Osbourne filed for divorce.

Kenny Smith was born to Annie Mae Smith and grew up in LeFrak City. Smith enrolled at Archbishop Molloy High School, where he was named Mcdonald's All-American. Upon graduation, he attended the University of North Carolina.

After Retirement As NBA Player

In 1998, Smith joined Turner Sports, working as a studio analyst for the end of the NBA regular season and the playoffs. Further, he works with Shaquille O'Neal, Ernie Johnson Jr., and Charles Barkley on Inside the NBA.

On the August 26, 2020 edition of Inside the NBA, Smith left the set as a show of solidarity with the six teams which elected to boycott the day's games in response to the shooting of Jacob Blake.