Song Kenan is a mixed martial artist from China. He is currently competing as a welterweight for the Ultimate Fighting Championship. His style of fighting is based on Sanda and Chinese Kungfu. Kenan is fighting out of Tangshan, China and is active in the UFC since 2014.

A native of Tangshan, China, Kenan Song, was born on March 10, 1990, under the star sign of Pisces. He stands 6 ft and has a weight of 77 kg. He is signed to the MY Fighting Academy team. So far Kenan has had a total of 20 fights out of which he won a total of 15 matches. Kenan is scheduled to face Callan Potter on 23 February 2020 at UFC Fight Night 168 (Auckland).

Kenan Song Net Worth; How much does he Earn from UFC?

Professional UFC fighters like Song Kenan earn money from fighting in the Ultimate Fighting Championship. He gets paid for every fight regardless of whether he wins or loses and also receives sponsorship bonuses from Reebok under the new agreement.

Active in the UFC since 2017, he has earned thousands of dollars since then. Kenan, who ranks in the average UFC fighters platform, took home an estimated average salary of $146,673 in 2018, a 5 percent increase from what he earned in 2017.

These are some amounts that Kenan has earned from the UFC. Besides UFC, Kenan has appeared in several other fights where he won some of them. However, the amounts he received have not been disclosed. Still, we can estimate that he got paid thousands of dollars for those matches.

Although a professional fighter, yet we do not have any reliable sources to estimate his net worth.

Is Kenan Song in a Relationship?

The fact that whether the 29-year old MMA fighter is single or in some courtship evades us. He neither talks about his love life openly nor makes headlines for that. Or, we can say Kenan might be focussed on his career than being in a relationship now. 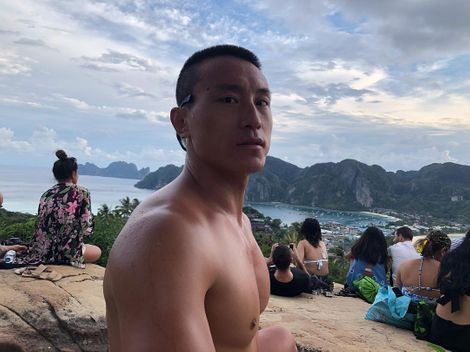 Kenan is still in his earlier phase of the UFC and has a long way to go. Hopefully, in the future, he will let his fans know more about his love life than now.

Chinese Song Kenan who grew up in Tangshan, Hebei, China, got himself into martial arts when he was in fifth grade. In his early years, he started training in traditional Chinese martial arts. He went to the Hebei Locomotiva Technical College and graduated as a welder.

Kenan, who began his MMA career in 2014, made his UFC debut in 2017 at UFC Fight Night: Bisping vs. Gastelum against Bobby Nash and won the fight in only 15 seconds. This earned him the Performance of the Night bonus.

The following fight was against Hector Aldana at UFC Fight Night: Cowboy vs. Edwards in Singapore. He won the fight after connecting with a right hand that dropped Aldana. On 24 November 2018, he faced Alex Morono at UFC Fight Night: Blaydes vs. Ngannou 2 but lost the fight via unanimous decision.