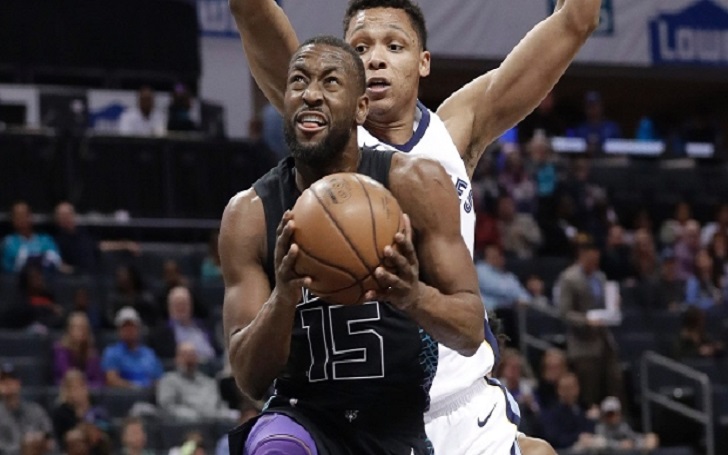 When Charlotte Hornets picked Kemba Walker 9th in the 2011 NBA draft, most of the fans and experts doubted the capacity of the University of Connecticut national champion.

Becoming the career leading scorer in the Hornets' history, Walker has proved the critics wrong.

6-foot-1 Walker scored 21 points in a 118-105 home loss against Cleveland Cavaliers Wednesday to cross the 9,839 mark of Dell Curry, father of Golden States Warriors' point guard Stephen Curry. Walker started the game with 19 points behind and has now 9,841 career points.

Curry, who is also a great admirer of Walker, held the record for 26 years. Currently, the Hornets' broadcaster, Curry looked down proudly as Walker broke his record. The highest scorer of the night, LeBron James hugged Walker after the match and congratulated him for his achievement.

Talking to The Associated Press after the match, Walker said,"It was just pretty emotional. I really wish I would have played better earlier and we would have had a more competitive game but it's still a huge accomplishment. For my family to be here and all the fans cheering me on like that, especially because we lost, they made it pretty special anyway.”

As a rookie player of Hornets in 2011, the former Uconn point guard had more doubters than the supporters. He struggled a lot to make a starting place with D.J. Augustin. Surprisingly, the 4-year contract worth $48 million provided by Hornets in 2015 proved to be right as he went on to become a two-time All-Star.

Later in an interview, James talked about Walker's record as he said, "Listen, if you can be the all-time leading scorer in any franchise, that’s incredible. That’s an incredible feat. I definitely went over and just told him how incredible that was. Even though with the season that they’re having, when accomplishments happen throughout the season, you try not to take them for granted. I think it’s an incredible feat for him."

Michael Jordan, the owner of Hornets who missed the match, later released a statement on behalf of the team that read:

I’m really happy for Kemba. Becoming a franchise’s all-time leading scorer is a big accomplishment and it’s a testament to his hard work, dedication, and passion for the game of basketball. He exemplifies what it means to be a Hornet. His effort, leadership and commitment to our team and the City of Charlotte is second to none. I’m proud to have him on our team.

Marvin Williams was one of Walker's teammate who praised his game. He said that he has never seen anyone who plays hard like him in the Hornets.

The 27-year-old Walker also remembered his career struggle and said,"I'm from a rough place, the Bronx. "Not a lot of people make it this far, especially as a professional athlete. I definitely know a lot of guys that played in the league that came from the Bronx, but not a lot of them are a franchise all-time leading scorer."

"It's special and I take pride in that. I put on every single day and night for my city. My city loves me to death. I love where I'm from, because if it wasn't for where I'm from, I wouldn't be the person I am today.", said, Walker, as he ended his words.