Currently, he is in an affair with Kalani Miller. He has a net worth of $20 million. As of January 2018, his estimated career earnings is 4.071 million USD.

He was born on February 11, 1972, in Cocoa Beach, Florida. He is the son of Stephen Slater and Judy Moriarity.  In 1990,  he first appeared in surfing championship. That year he made a victorious emerge in the tournament ‘Body Glove Surfbout’ held in California. Then his success provided him the chance to appear in television by means of the TV program ‘Baywatch’ and also featured in Bill Delaney-directed film ‘Surfers- The Movie’. 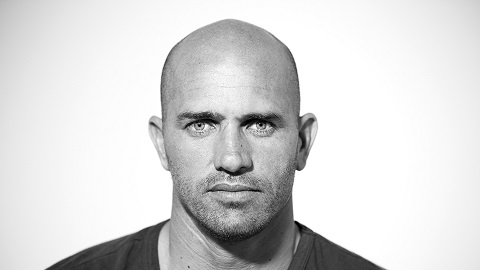 From 1992 the golden era for Kelly in surfing industry started after he finished the ‘Association of Surfing Professionals (ASP) World Tour’ in the first place. He also won the ‘Rip Curl Pro Landes’ competition in France and also the ‘Marui Pipe Maters’ competition held in Hawaii.

He also made 1994 as fruitful which increased his popularity and also the number of trophies. He won a competition like ‘Rip Curl Pro’, ‘ASP World Tour’, ‘Chiemsee Gerry Lopez Pipe Masters’, ‘Bud Surf Tour Seaside Reef’ and also ‘Sud Ouest Trophee’ and many others too.

The world number one surfer registered many others trophy into his name in the following year (1995). He won the championship like ‘ASP World Tour’, ‘Rip Curl Pro’, ‘Chiemsee Gerry Lopez Pipe Masters’ and ‘Triple crown of Surfing’. The very next year he made a hat-trick by winning the ‘ASP World Tour’ three times. He also took in many other championships in that year.

In 1997, he won the ‘ASP World Tour’ for the fifth time breaking the record of Australian Mark Richard. He made the record of a most triumphant surfer in history.

He kept on winning many trophies and world championships. In 2003 he published his biography with the name of ‘Pipe Dreams: a Surfer’s Journey’. In 2007 winning the ‘Boost Mobile Pro’ championship he broke Tim Curran’s record of the most number of a win in career events.

Taking about Kelly’s personal life he is in relation with model and designer Kalani Miller. He earlier had affair with Tamara but he got married to Kalani. He has a daughter as children named, Taylor Slater from the side of former girlfriend Tamara.

The world champion surfer is also the member on the board of Advisors of the ‘Sea Shepherd Conservation Society’, San Juan Island USA. As the member, he advocates for the protection of wildlife in the ocean.

The world most time title winner Slater has an estimated net worth of $20 million.