Kellen Clemens is a former American football quarterback who played 11 seasons in the National Football League (NFL). During his professional career, Clemens had stints with various teams, including San Diego / Los Angeles Chargers, St. Louis Rams, Houston Texans, and Washington Redskins. Apart from that, he has been married to his wife, Nicole Clemens, for a long time, and they are blessed with four kids.

The 6 feet 2 inches tall quarterback played high school football for the Burns Hilanders, and he played college football at the University of Oregon in Eugene. After having an amazing career at college, Clemens' professional career started with the New York Jets when the Jets selected him in the second round of the 2006 NFL Draft with the 49th overall pick.

Details On His Family and Parents

Kellen Vincent Clemens was born on June 7, 1983, in Burns, Oregon. Clemens was raised in Burns alongside his four sisters. Furthermore, he is a family man and often loves spending time with them during his spare time. His parents are John Clemens and Vicky Clemens.

For your information, his sister, Catherine Clemens, is also an athlete who is reported to be a basketball player. Likewise, his other sisters, Jessica and Maria, also excelled on the basketball and volleyball courts. Apart from that, Vincent holds an American nationality, and he is an active & practicing Roman Catholic who has a strong religious belief in the Holy Family of Nazareth. His performance helped him earn USA Today All-American honors and Oregon Gatorade Player of the Year while in high school. In his senior year, he had 395 passes for 3,464 yards (3,167 m) and 37 touchdowns, with 325 rushing yards and 15 touchdowns.

Moving onwards, Clemens then enrolled at the University of Oregon in Eugene, where he played for head coach Mike Bellotti. In the year 2003, he took the role of starting quarterback in all 13 matches. Moreover, Clemens reacted by throwing for more touchdown passes and yards than any sophomore in the school record.

As a junior, he posted three rushing touchdowns, three passing touchdowns and a career-best 437 passing yards leading his team to win over Washington State. As a senior, Clemens suffered an injury as he broke his ankle while playing in a match against Arizona.

In the respective season, he remained missing for three games. However, he finished the season with 2,406 passing yards, 19 touchdowns, four interceptions, and a 152.87 passer efficiency rating. Apart from that, his career with Oregon concluded with 7,555 passing yards.

In the 2006 NFL Draft, the New York Jets drafted him in the second round with the 49th overall pick. His NFL debut came in the match against the Jacksonville Jaguars. In his rookie season, he recorded only two attempts and 0 completions. Furthermore, Clemens made his first career start in Week 2 of the 2007 season. 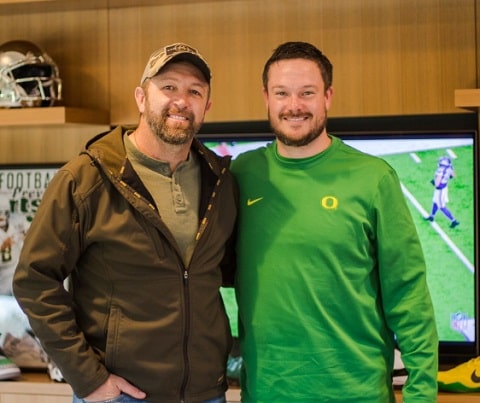 Likewise, his other appearance came in week eight versus the Buffalo Bills. For your information, he led two drives against the Buffalo defense. His 2007 season finished with 1,529 passing yards, five passing touchdowns, and ten interceptions in 11 games.

In the 2008 season, Clemens was only on the field in two matches to try five passes as the backup to Brett Favre. On December 3, 2009, he was forced to come in versus the Buffalo Bills after Mark Sanchez sprained his PCL. So, he began the Jets' next game against the 1-11 Tampa Bay Buccaneers. In that season, he threw for 125 yards with no touchdowns.

For the 2010 season, Clemens was re-signed to a one-year contract on April 13. After that, he went to play for the Washington Redskins when they signed him on July 27, 2011, to a one-year deal. But on Spetember 3, he was released by the Redskins. And on November 23, 2011, Clemens got signed an agreement with the Houston Texans. But two weeks later, he was waived for the Texans to take Jeff Garcia. On December 7. 2011, the St. Louis Rams claimed him off of waivers from Houston. For the team of Rams, Clemens had decent performances, and he also appeared in various games. On March 13, 2014, the professional quarterback signed a two-year contract with the San Diego Chargers. Michael Oher is also a former American football player.

Insights On Clemens' Career Earnings and Net Worth

The former football quarterback has surely earned a massive amount of money from his long-term involvement in this field. He professionally played football for multiple clubs and helped them to win several titles. So, his performances helped him gain not only fame but also a huge cash prize.

Most recently, Clemens played for the Los Angeles Chargers, with whom he signed a one-year, $1,000,000 contract, and the deal also had an average annual salary of $1,000,000, as reported by Spotrac. Moreover, Clemens made most of his gains from his profession as a quarterback, and a source claims that the athlete in the respective position may earn $1,100,000 on an average. 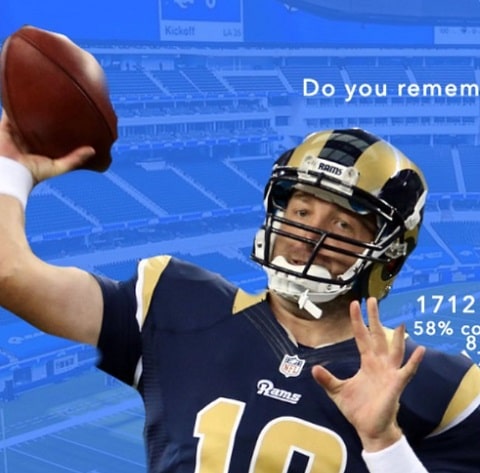 Now, he is a bit away from this field, and Clemens might be making money from other areas. No doubt, Clemens lives a lavish life having a net worth of six figures.

Coming into his personal life, Clemens is a married man. He and his wife, Nicole Clemens, tied the knot a long time ago. The loving couple lives in Walla Walla, Washington. It is reported that they have been in a marital relationship for over two years.

Apart from that, the Clemens couple is also blessed with four kids. As Clemens has kept himself away from the media for a long time, it is pretty challenging to know about his children's names. Likewise, he is not much active on social media and does not have official accounts on Instagram or Twitter.