Michael Oher is a well-known former American football player. Oher played in the National Football League from 2009 until 2016. He was part of the Super Bowl Champion(XLVII). Michael played as an Offensive tackle. Oher played for the Baltimore Ravens, Tennessee Titans and Carolina Panthers.

Michael Oher was born Michael Jerome Oher Williams Jr. on May 28, 1986, in Memphis, Tennessee. He is among the twelve children born to Michael Jerome Williams and his wife, Denise Oher. Oher had a very difficult time in his childhood. Michael graduated from Briarcrest Christian High School and enrolled at the University of Mississippi. The player stands six feet and four inches tall and weighs 143 kg.

Know About Michael Oher's Net Worth, Earning and Salary

Michael Oher has an estimated net worth of more than $10 Million. He earned most of his net worth through his successful football career. Michael had nothing while starting his professional career and lived a lavish and happy life throughout his career. While playing in the NFL for nine seasons, Oher took home more than $30 Million. 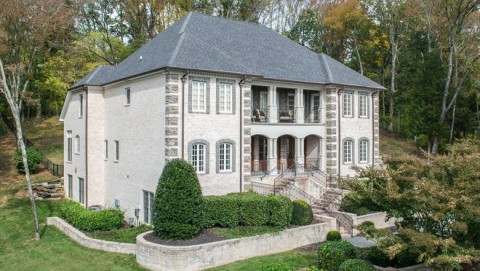 Michael lives in the house bought for $1.3 Million in 2014. SOURCE: Tennessee

Michael extended his contract for three years worth $21.6 Million but was placed on injured reserve. Panthers eventually released him in 2017 after failing to qualify in the physical test and announced hire retirement.

Michael is married to his longtime girlfriend, Tiffany Roy. The love birds have been married for some time. They had a private wedding ceremony in front of close friends and family.

Although, He is an active social media user but has not shared much about his wife and children. The former NFL player has not shared a word in regard to his wife. There is not much about the duo having any children until 2022.

Journey to the NFL and Career

Michael had many ups and downs in his early childhood. He started playing football while in High School. Oher was named Division II (2A) Lineman of the Year in 2003 and First Team Tennessee All-State. After graduating from High School, He received multiple offers and committed to playing for the University of Mississippi. Michael signed with the Ravens in 2009 SOURCE: Ravens

Michael earned numerous awards and accolades in football. He initially listed his name for the 2008 NFL draft but later withdrew it. Oher listed his name for the 2009 NFL draft, and the Ravens drafted him in the first round overall 23rd pick. Michael started as a right tackle but moved to a left tackle. In the 2013 season, Oher earned his first Super Bowl ring in the Super Bowl XLVII.

In March 2014, Michael moved to Tennessee Titans for a four-year contract worth $20 Million but was released in February 2015. He then signed with the Panthers, played with them for two seasons, and announced his retirement.

Michael is very active on social media. He has an account on almost popular social media sites. Oher is trying to change his lifestyle and live a happy life. As of mid-2022, Michael has followers of close to 300k on his Instagram profile. The former NFL player has similar followers on Twitter and has tweeted more than 10k tweets.

In 2009,  A biography film was made based on the life events of Michael Oher. The movie was named 'The Blind Side.' Quinton Aaron played the role of Oher, Sandra Bullock as his mother, Leigh Anne Touhy and Tim McGraw as his father. The movie received a 7.6 rating on IMDB.

The movie was nominated for Academy Awards for Best Picture and Best Actress for Bullock. Bullock eventually won an Oscar for her portrayal of Leigh Anne Tuohy.

Michael was the prime subject in one of Michael Lewis's books published in 2006. The film was made on the same storyline. In 2011, Michael published his biography  I Beat the Odds: From Homelessness to The Blind Side and Beyond.