Katie Smith is a retired professional basketball player, who most recently played in the WNBA as a shooting guard. Currently, she serves as the head coach of New York Liberty. Although, she also played as small forward or point guard sometimes. She played for Minnesota Lynx in the WNBA having started her career in 1999.

Katie once dated a guy named Greg Arlson in 2004. Well, what happened to their relationship? All the details are below here, scroll down.

Katie Smith Net Worth as of 2018; How much does she Earn?

Katie Smith has not disclosed much about her net worth and salary. However, analyzing her career stats, she has an estimated net worth of $1 million. Currently serving as the head coach of New York Liberty, she reportedly earns $40,000 annually.

Besides, on average, WNBA players make about $71,000 per year while some players also earn 6 figures per year. She played in the WNBA in the 2000s so she might have earned about $20,000 as her annual salary during that time.

Further, Kate also hasn't disclosed much about her properties and assets.

Katie Smith Personal Life; Is She Currently Dating anyone?

Katie Smith is possibly single at the moment. Besides, she is a kind of a secretive when it comes to her personal life. However, Katie once dated a guy named Greg Arlson in 2004. Unfortunately, there are no details regarding their affair.

Besides, Katie, 45, is also unmarried and doesn't have any children. It seems that the player was so busy on her career, that she sisn't find time for love. But as of now, she is retired and less busy. So, she might be thinking of a perfect soul for her.

When a fan asked what she would do after her retirement some years back while she was still a WNBA player, she revealed that she would hopefully be practicing Dentistry in Columbus, married with kids and maybe running some basketball camps and doing some lessons in Columbus. So, she might be married with some kids as there are no details available.

Who is Katie Smith? A Little About her Early life and Family

Katie Smith is a professional American retired basketball player. Katie was born on June 4, 1974, in Logan, Ohio. Further, she was born to American parents and hence, she holds American nationality. Additionally, she is of white ethnicity. 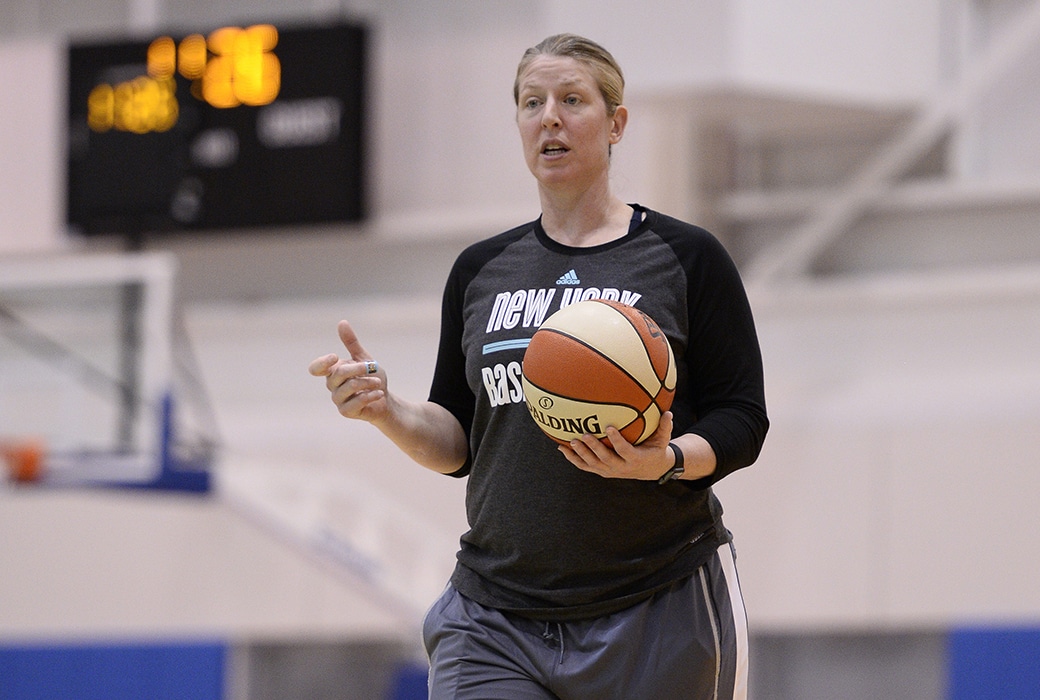 Katie Smith stands a height of 1.80 meters (5 feet 11 inches) tall. She is currently on her mid-'40s but still has a perfectly maintained body that weighs about 175 lbs (79 kg). Talking about her appearance, she has a pair of black eyes followed by black hair.

Worth your time: Wiki of WNBA Player Diana Taurasi

Katie Smith started playing basketball at Logan High School. she was named the national Gatorade National Player of the Year during her senior year as she guided the Lady Chieftains to the Division I Ohio Girls' Basketball state championship game. She was also named a High School All-American by the WBCA.

Later, Smith attended Ohio State University in Columbus, Ohio in 1992. Further, she also helped lead the Buckeyes to a Big Ten championship and the NCAA title game her freshman year.