Karyn Lynn Bye-Dietz is a Former ice hockey player who was the alternate captain during the 1998 Winter Olympics where she won a gold medal- for the United States Women's Hockey Team. She has also featured on a Wheaties box and was inducted into the United States Hockey Hall of Fame in 2014.

The former ice hockey forward has earned a decent amount of wealth and fame having been inducted into the Ice Hockey Hall of Fame. Her net worth as of 2020 is assumed to be around $1 million. While she was a player, she used to earn $15,000 per season from the team.

She also represented her nation in the Olympic games and used to earn between $35,000 to $40,000. Similarly, players like Alex Rigs, Kacey Bellamy, Megan Keller also used to earn in the same range. 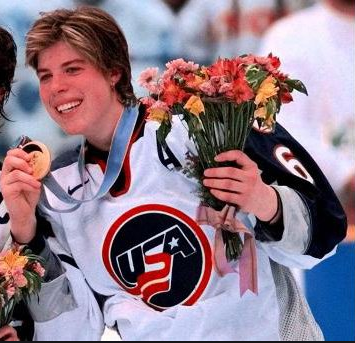 In addition to the salary, the players also earn an additional amount of money form the jersey sell. The players are expected to receive 15% of the profit generated from the sale of jerseys.

The former Ice Hockey forward is tied in a knot with Cal Dietz since the early 2000s. During that period she was a member of the U.S. Olympic Women's Hockey Team where she won the silver medal while his husband Cal was a strength and fitness coach at the University of Minnesota. 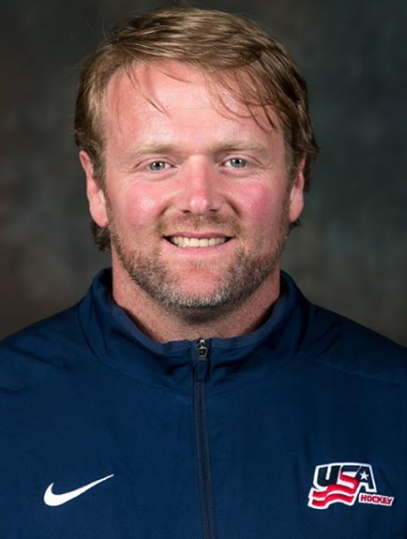 The couple welcomed their first child, Tatum Lynn in May 2003 and in July 2005 they became the parents of the second adorable daughter Brody Michael.

The couple currently resides in Hudson with their two children.

Who is Cal Dietz?

Cal Dietz has been Head Olympic Force & Conditioning Instructor at the University of Minnesota for various sports during 2000.

He also built the strength and conditioning programs for Minnesota and overviewed daily progress in men's hockey and in 2003, in female hockey.

Karyn started skating at the age of 4 and began playing hockey at the age of seven. She and her brother Chris used to play hockey together in childhood. When she was eight years old, she unwantedly watched the 1980 Men’s Olympics Hockey Team where they won the Gold Meda and this incident made Karyn, to be an Olympian.

Although her dad urged her to play Basketball, she got a scholarship at the University of New Hampshire where she was a finalist for the Women's Sports Foundation Team Sportswoman of the Year Award. She was an assistant captain oof the Olympic gold medal-winning 1998 U.S. women's ice hockey team.