Abdou Karim Mane, simply known as Karim Mane, is a Canadian basketball player who finished his collegiate career at Vanier College. Rated one of the highest college basketball recruits in the 2020 class, he made himself eligible for the upcoming NBA Draft.

Hails from Dakar, Senegal, Karim Mane, was born on 16th May 2000, under the star sign Taurus. Raised in Canada, the young talent holds Canadian nationality and is from the African ethnic background.

Before three days of the early entry deadline for the 2020 NBA Draft, Canadiana guard Karim Mand made himself available for the draft. As reported, he is testing the drafts waters without hiring an agent, suggesting he wants to get feedback on his stock directly from teams. 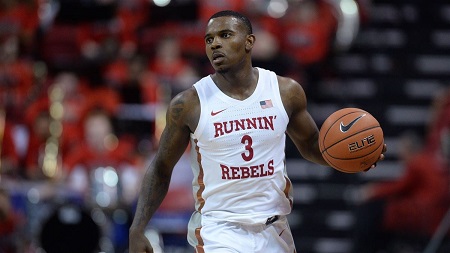 Mane, the No. 2 prospect in ESPN's international rankings for 2000-born players, had a breakout showing at the FIBA U19 World Championship in Greece last summer, solidifying himself as one of the top long-term prospects at the event.

Moreover, CBS sports has ranked him #77th in the 2020 NBA Draft Prospects Rankingsahead of Henry Drell and Makur Maker. If Mane is lucky enough to pick in the NBA Draft, the young talent will have his annual salary in a million. The projected contract/salary of the 2nd round draftee, is three years contract worth $4,198,912, earning annually $1,399,637.

Although Mane's professional career is an open book, his personal side has always been low key, which he has maintained far away from the media's eyes. As he has zipped his lips regarding his personal life, speculation regarding his relationship or girlfriend would be inappropriate.

Also, he is less active on Instagram. It seems like Mane is currently focused on his basketball career.

Switched from Soccer To Basketball

Mane grew up playing soccer, but at the age of 12, he switched to basketball. Later three years, he was focusing solely on basketball. Further, he developed his skills with the basketball program of Ecole Lucien-Page in Montreal.

By 2017, he started playing for Vanier College, a CEGEP in Saint-Laurent, Quebec. Mane had to commute two hours each way while attending Vanier. In his second season, he averaged 15.4 points and 6.9 rebounds per game, leading his Vanier to a 16–0 regular-season record and the Quebec Student Sports Federation (RSEQ) title.

Likewise, in junior season Mane averaged 15.9 points, 7.9 rebounds, and 5.4 assists per game, leading his team to a 16–2 record and a second straight RSEQ championship.

At the international level, Mane has represented Canada at the 2019 FIBA Under-19 World Cup in Heraklion. In the game, he averaged 11.7 points, 4.4 rebounds, and 3.1 assists, helping his Canadiana national team finish in ninth place.