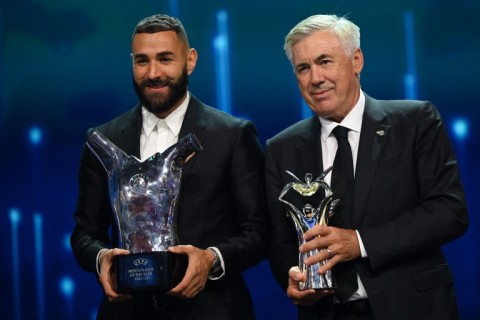 Karim shared his happiness with the following statement" I'm really happy, It's the first time I've won this trophy but for me the most important thing is to win trophies with the team. Mr Ancelotti is the best coach in the world; he gets it right with every player, he gives us confidence and he tells you what to do before every match."

Ancelotti became the first coach to win the Champions League four times as he first won the title with AC Milan in 2003 and 2007 before claiming it with Real in 2014. The award was handed out at an Istanbul ceremony on Thursday, coinciding with the Champions League group-stage draw for 2022-23.