Karen Minier is a well-known personality who earned fame as a Belgian TV presenter for her works. But, her professional results only didn't give her the limelight as she also received it due to her relationship with David Coulthard, a former racing driver turned Formula One pundit.

Hailing from the suburbs of Charleroi, Belgium, Karen Minier was born in 1973. She celebrates her birthday on the 22nd of March every year. She is currently 48 years old.

Likewise, her zodiac sign is Aries. Little to no details about her family life include her parents, early life, and siblings. Nonetheless, it is known that she went to the Free University of Brussels and studied Journalism.

Karen Minier has been married to the former racing driver David Coulthard for a long time. As per reports, the now-married couple first met each other around 2003 and began dating around the same time. But, their togetherness was only made official in 2005 after David parted ways with the Brazilian model Simone Abdelnour. 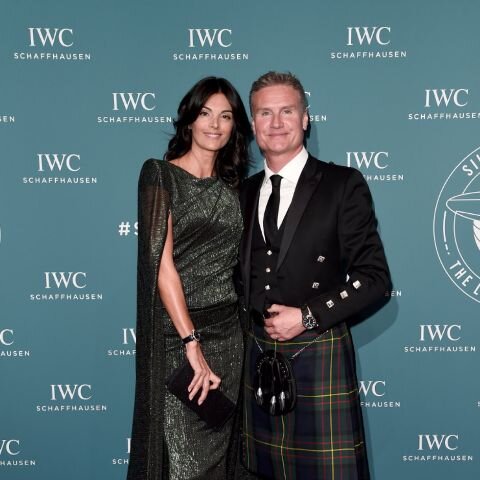 Almost a year later, on June 2, 2006, the duo decided to get engaged. Their bond became more robust when they welcomed a son named Dayton Minier Coulthard on November 21, 2008. Afterward, they began to co-parent their son and relish a happy parental life.

Following ten years of togetherness, on November 27, 2013, Karen and David legalized their bond in a registered office in Monaco. Speaking of his marriage to Karen with The Guardian, David said, "Karen and I got married because we had a child together, and I had no intention of marrying anyone else."

Since their marriage, their togetherness has become more robust. There is no news of any split or disputes between the happily married couple. They have a blissful marital life and are continuing it with their adorable son by their side. David Coulthard with his SonarSource: marriedwiki.com

The 49-year-old Belgian TV presenter's net worth is expected to be $1 million - $2 million. She earned this fortune as a television presenter and a model for her works.

As for the net worth of her famous husband, Celebrity Net Worth mentions that David Coulthard has a whooping net worth amounting to $80 million.

The wife of David Coulthard, Karen Minier, initially started her career as a model after completing her education at the Free University of Brussels. After being signed to a modeling agency, she did modeling for a while before working as a journalist/TV presenter.

As a journalist, her first job was to interview F1 drivers during the 2003-04 season of the French TF1 show, F1 in One. In 2005, she served as the presenter for the show They have ways of making you talk on Teva. Likewise, she competed in the Rally du Princess in 2005 and 2006. 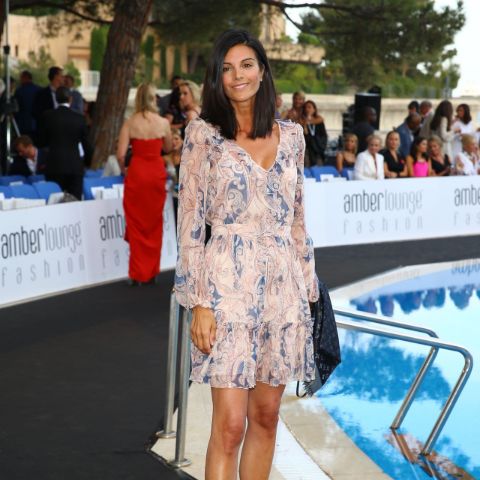 In 2006, she received the opportunity to co-present "Children of the TV" alongside Arthur. Later, she took a break for a while and only returned after the birth of her son with David. Afterward, she returned to modeling with Dominique Models Agency.

Karen's current employment status remains unknown. Nonetheless, it is believed that she is continuing her profession as a TV presenter.