Kaoru Mitoma is a Japanese professional footballer who plays in the English Premier League. Currently, Kaoru is positioned as a winger for the Brighton and Hove Albion Football club located in the city of Brighton and Hove, England. Likewise, he also plays for the Japan national team and has represented in numerous international tournaments. He initially played for his nation at the youth level, i.e., the U21 group, in 2018.

Kaoru Mitoma, the winger of Brighton abd Hove, is the right-footed player. As of today, he has made his presence in various world top football clubs, including Kawasaki Frontale, Brighton and Hove Albion, and Union SG. Kaoru also prefers to play in the midfield area. His past clubs utilized him as both winger and midfielder. He is one of the most known Japanese football players in the English Premier League.

On 20 May 1997, the Japanese international Kaoru Mitoma was born in Kanagawa, Japan. As per the astrologers, his sun sign is Taurus. His age is just 25 years old as of 2022. Karou is an Asian ancestry with a Japanese Citizenship card holder. He is Buddhism by religion. The right-footed is born to Japanese parents. Still, their originality and professions remain under the radar as he has never stated concerning them. He seems to be a self-centered person. Like him, both of his parents are Buddhist and reside in Japan currently.

Kaoru's parents were very mindful of their son's interests, so they never caused him against his choice. No doubt, his parents have his staunchest backer as everyone needs someone in their life. Not to mention that he also has an elder brother. Regardless neither he nor any verified sites have revealed anything about him. But Behind the public eye, he is always there for him. As per his interview statement, his brother is a role model and the reason for pursuing him as a pro footballer.

Born in Kanagawa, Japan, Kaoru Mitoma completed his university-level education at the University of Tsukuba. Since childhood, he has had an intense interest in sports, mainly soccer. Also, he came across playing different regional tournaments and cups in his hoke country.

The professional footballer soccer journey started at the local football academy in Japan called Saginuma SC. Afterward, he joined the Kawasaki Frontale academy to play his amateur career at U10 Level, headquartered in Kawasaki, Kanagawa, South Prefecture. Later, then-coach Yahiro Kazama offered him a promotion to the U18 group, but he denied it. Instead, Kaoru decided to play for the University of Tsukuba, a Japanese University football powerhouse. During his stay at Tsukuba, he represented Japan at the 2017 and 2019 Universiade Tournaments, the 2018 Asian Games and the 2019 Toulon Tournament with the U-23 Japanese national team.

In July 2018, Kaoru joined the Frontale senior squad on a professional contract starting in 2020. Moreover, he made his pro debut in the opening match of the J1 league. In his three contracts with Kawasaki Frontale, he recorded 21 goals in 50 league matches. After that, he moved to England for the Premier League. On 10 August, the 5 ft 10 inches winger officially signed a major four-year deal with Brighton and Hove Albion, joining Union SG on loan for his Premier League sophomore year.

The professional did not play a single match for the team. After being loaned to the Union SG, he made his first appearance for the club on 16 October 2021. Kaoru astonished the SG fans by scoring a hattrick in a 4-2 home win against Saeraing in his debut match.

Talking about his international career, the Japanese footballer made his first appearance for his nation at U21 back in 2018. His versatility to play in midfield and side area profited his country in succeeding several competitions. Indeed, he was one of the most vital youth players for Japan. Mitoma was a worthy youth team captain who guided the team in numerous global matches. His aptitude and skills led him to spot the eye of a Senior Japanese National team coach Hajime Mriyase. For your info, he represents himself wearing jersey no—15 for Japan national team. 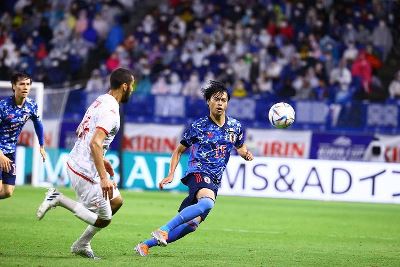 Later, he was called for the Senior Squad in November 2021 for 2022 FIFA World Cup qualifiers against Oman. The 25-year-old debuted his international career from the bench against a 1-0 win in a clash with Oman. Moreover, on March 24, 2022, the former Frontale man scored his first global goal in the world cup qualifiers game against Australia by scoring two goals for the team. As of 2022, Kaoru Mitoma has appeared in 19 matches sending the ball nine times behind the team.

Kaoru Mitoma, the Asian origin soccer player, measures his height at 5 ft 10 inches or 1.78m tall and weighs over 68kg. The player has a well-maintained athletic body. The health-minded player regularly works out to preserve his nutritious body. Further details, he is fair and has long black hair.

Emperor's Cup 2020 Champion Kaoru Miriam is one of the successful and well-established Japanese football players. He gains most of the income being a pro football player. Undoubtedly, he earns a decent sum as he plays in one of the world giants leagues EPL. It is most footballers' dream to play in the EPL. Mitoma's EPL dream was achieved in 2021 when Brighton signed him. Reportedly, Kaoru also has his earnings in the millions. As a Brighton player, Kaoru earns £20,000 weekly and £1,040,000 yearly. Apart from football, he is linked with various companies and brands.

Some of the brands he has collaborated with are

Not only that, but being a Japanese national team player, Kaoru may have acquired a pretty amount of money that might have expanded his net worth. The J1 League 2020 winner's present market worth equals €2.50 million, which is also his all-time highest value today. His contract with the club ends on June 30, 2025. Not to mention Atlete Solution Inc is his agent.

You may analyze interesting facts and trivia about Ritsu Doan.

Relationship status; Is he dating anyone?

Kaoru Mitoma seems to be a very loyal and caring boyfriend. A left-winger is engaged with his long-time college GF. He is likely to get wedded very soon. He stunned everyone when he shared his engagement ring photo on his Instagram. Regardless, he has not displayed his Gf face and identity. 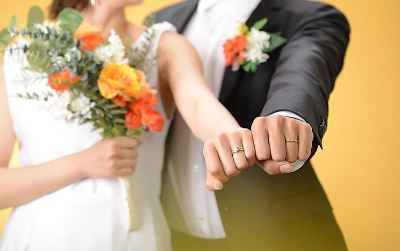 Perhaps he might be waiting for the right time to disclose her individuality to his beloved fans and followers. We will speed to date you when it's online.

Similarly, with the username @kaoru_mitoma, Mitoma has 44.1K followers on his Twitter account. He often comes live on Instagram to interact with the fans. Additionally, he frequently publishes his brands and sponsors on his account. Via these media, Kaoru communicates his football-related news to the masses.