Shane Patrick Michael Duffy a.k.a. Shane Duffy is an Irish professional footballer who is signed to the Scottish Premiership side Celtic on loan from Brighton & Hove Albion of the Premier League as well as the Republic of Ireland national team. The defender previously played for Blackburn Rovers (2014-2016) and Everton (2009-2014) where he also had a loan spell with Burnley, Scunthorpe United, and Yeovil Town.

Shane Duffy was in a relationship with Catherine Carlins with whom he shared two children. Back in 2017, Shane was at the center of a different set of headlines when he was caught cheating after a picture of him naked in a woman’s bed was posted online, which is the main reason behind the split. 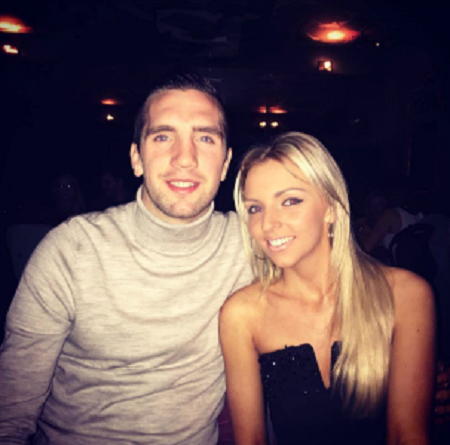 Shane was born to Siobhan Duffy and Brian Duffy. In May 2020, Duffy's father, Brian, passed away at age of 53. Shane suffered a family bereavement that saw him miss a match during his playing career.

He attended a school called St Anne's in the Republic of Ireland and supported Celtic growing up.

Came through the youth academy at Everton, Shane was promoted to the senior team in 2009. There he spent most of his time at the club out on loan: Burnley (2011), Scunthorpe United (2011), and Yeovil Town (2013-2014). In 2014, he joined Blackburn Rovers for an undisclosed fee, spending two years with the Lancashire club where he played in 63 games and 5 goals.

In 2016, he moved to Brighton where he earned a promotion to the Premier League. His famous teammates include Alireza Jahanbakhsh and Jose Izquierdo. On 2 September 2020, Duffy joined Celtic on a season-long loan.

Duffy played for Northern Ireland at the youth international level before switching allegiance to the Republic of Ireland. Duffy made his debut for their senior team in 2014 and represented the country at UEFA Euro 2016. To date, he has been capped 35 caps and scored 4 goals.