Kamiah Adams is a well-known internet personality who earned fame due to her romantic relationship with the talented NBA star Bradley Beal. Bradley is a renowned NBA star who was picked third overall pick in the 2012 NBA draft by the Washington Wizards. Apart from her connection with Bradley, Kamiah has also received the limelight for her appearance in the 2015's TV show Love & Hip Hop: Hollywood.

Born in 1993, Kamiah Adams-Beal celebrates her birthday on the 20th of March every year. She hails from the suburbs of Brussels, Belgium. Likewise, her zodiac sign is Pisces. Although born in Belgium, she was raised in Compton, California by her parents, Jeremiah and Karina Adams. Her father is of Puerto Rican and African-American descent whereas her mother has white ethnicity. Apart from her parents, she has two younger sisters named Paige and Kennedy Green.

As for her education, she first attended Millikan High School and later enrolled at Cerritos College.

The actress plus model and the NBA star's relationship goes way back to 2015. They first met each other in Los Angeles in a club via a mutual friend. Bradley was impressed by Kamiah's boldness in the first meet and they even shared phone numbers. On August 23, 2015, they officially initiated dating. 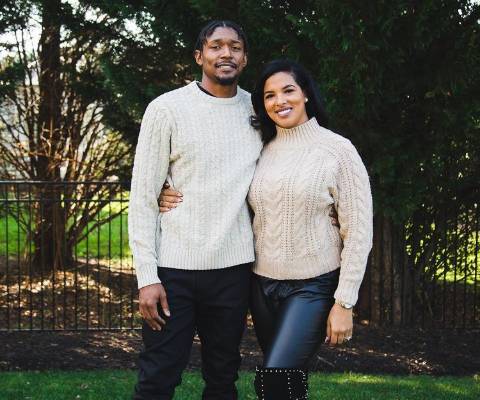 Since that day, the two have always been together and have shared every happiness and sadness. Their adorable togetherness can also be witnessed through their respective social media handles where they often share pictures captured alongside each other.

Their strong bond can also be proven by the fact that the Brussels, Belgium, native has never let go of any chance to defend her partner. Their bond became stronger when they welcomed kids into the family. Together, they are blessed with two sons; Bradley Emmanuel "Deuce" (b. 2018) and Braylen Elias (b. 2019).

After more than 4 years of dating relationship, on January 20, 2020, the celebrity couple decided to get engaged. Since then, they have always been together and the day doesn't seem that far when the two share the wedding vows.

Prior to her relationship with Bradley, she was dating a rapper named Lil Fizz. Their relationship started in 2014 and ended in 2015.

As a fiance of a renowned NBA player plus an actress and model herself, it is pretty sure that Kamiah Adams gets some good brand endorsement deals from some big companies. Considering that, she must have a good net worth. Well, as per Celebrity Net Worth, she has a healthy net worth of $500 thousand. 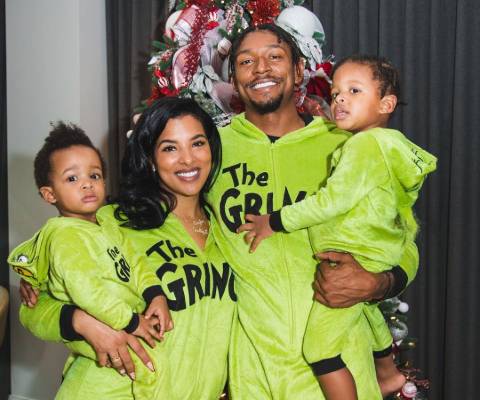 However, the same cannot be said for her handsome partner as his earnings and net worth are pretty much high. The Washington Wizards star player has an annual salary of $25 million and a hefty net worth of $40 Million, as per Celebrity Net Worth.

The career details of Bradley's fiance are not that long. In the entertainment industry, Kamiah has only appeared in one acting project. The acting gig came in 2015 and it was titled Love & Hip Hop: Hollywood. Other than that, she has not played in any other movies and TV shows.

As a model, she has posed in front of cameras, promoting brands and products, many times. However, she has not been able to do so in recent times due to the current situation caused by the COVID-19 pandemic.