Kalusha Bwalya is a well-known former International football player. He started his professional football career in 1979 and played until 2000. Bwalya played as a Forward and Winger in his career. Kalusha was named African Footballer of the Year in 1988 by the magazine France Football.

Kalusha Bwalya was born on August 16, 1963, in Mufulira, Northern Rhodesia. He is the son of Benjamin Bwalya Sr and  Elidah Bwalya. Kalusha has an older brother Benjamin Bwalya and a younger brother Joel. Both of his brothers are also football players. Talking about his physical appearance, Bwalya stands five feet and nine inches tall and weighs 77 kg.

Kalusha Bwalya has an estimated net worth of more than $1 Million. A football player has multiple sources of income, including sponsorship and advertising deals. Bwalya was among the most famous player in the country and the league. He was among the highest-earning player in his club. There is not much information about his earnings and net worth in public. 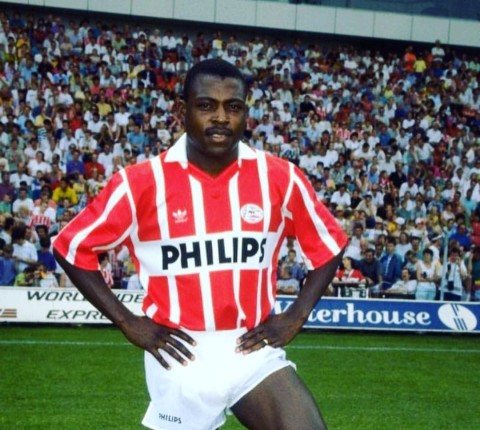 Kalusha shares a photo of his early days in his timeline SOURCE: [email protected]

Kalusha must have earned a handsome amount from his nation for representing them in numerous international events. He was part of numerous titles winning teams. Bwalya served as the president of the Football Association of Zambia for eight years.

Kalusha is a married man living a happy married life and his wife and their children. Bwalya walked down his wedding aisle along with his longtime girlfriend, Emmy Cassalleti, in 2009. They had a private lavish wedding ceremony with parents and close friends. The duo had been dating each other for several years before their marriage. 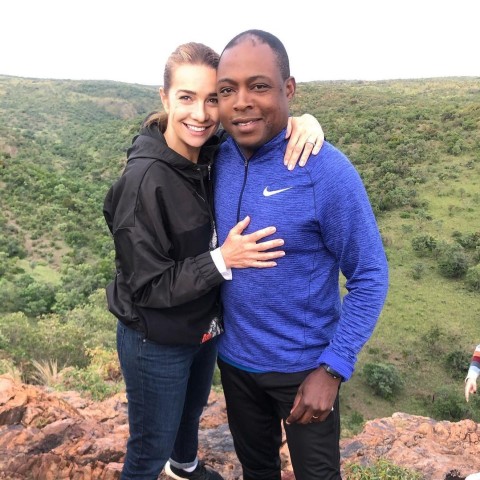 Kalusha and Emmy are the proud parents of three children, Tamela, Olivia and Sarah. Bwalya is an active social media user who shares photos of his family and personal life.

Kalusha started training with the youth academy of Mufulira Blackpool in his hometown. He earned his senior team call in 1979 and made his professional debut for Mufulira in 1980. The player remained with the club until 1984 and then moved to the Belgian club, Cercle Brugge. Kalusha signed a four-year contract with the club and appeared in ninety-five games scoring thirty goals.

After spending four-season, Bwalya moved to PSV Eindhoven in the Dutch football league. Kalusha played with PSV until 1994 and then moved to America. In 1996, He became the only player to be nominated in FIFA World Player of the Year after playing the entire year for a non-European club. In the next few seasons, The player moved to several clubs before announcing his retirement in 2000.

Kalusha managed the Zambian national team from 2003 until 2006. He had decent stats while working with the team. In 2006, The head coach resigned from his position and was elected as the president of the Football Association of Zambia from 2008 until 2016. Bwalya is currently serving as the standing committee member at FIFA.