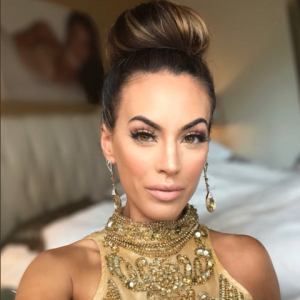 Despite being one of the hottest sports journalists Kacie McDonnell is also a beauty pageant winner as she was crowned as Miss Teen Pennsylvania International in 2008. Kacie McDonnell, born on 30th July 1990, in Pennsylvania under the birth sign Leo, belongs to white ethnicity and holds an American nationality.

Kacie Mcdonnell Net Worth As Of 2020

The sexy reporter-model and beauty pageant is currently earning a good amount of salary from her reporting career. The Sports reporter for NESN earns around $150,000 per annum. Further, she reportedly has an estimated net worth of over $0.5 million as of 2020.

Whereas her current boyfriend, Eric Hosmer as of 2020 has an estimated net worth of over $50 million. The sexy reporter loves traveling to exotic places and loves flaunting designer dresses while on TV.

The news reporter, Kacie Mcdonnell is in a relationship with dating San Diego Padres' baseball first baseman Eric Hosmer. The began dating since 2015. 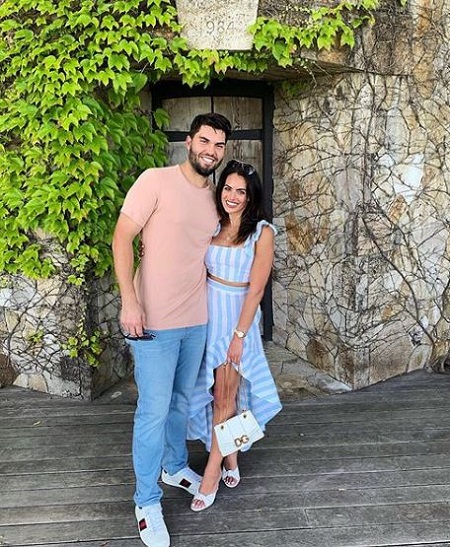 But this is not the first time, she has been linked in an affair with a well-known athlete.

She dated football star Aaron Murray in 2013, this former couple was reportedly engaged at one point of time and Arron has even accused that Kacie McDonnell hasn't yet returned the engagement ring gifted by Murray which as per the Kansas City Chiefs' QB was worth $40,000.

She reportedly dated some famous baseball players like Christian Ponder (Now married to ESPN's Reporter Samantha Steele) and Jonathan Pettibone (currently single after his break-up with Kacie), before she met Eric.

Kacie was born to Ken McDonnell and Michele McDonnell, Kacie grew along with her siblings, Isabelle (sister), and Lochlan McDonnell (brother).

Kacie McDonnell after graduating from Villanova University in 2012 started working as an ‘On Air Model’ at QVC. Working in QVC for over three years she joined the FOX Television for Eagles' Pregame and Sideline Reporter.

Later on August 2014, she left ‘FOX Television’ and joined ‘Turner sports’ whereby, she was a Courtside Reporter in 2016 ‘NCAA Men’s Final Tour’ which was followed by her work as a reporter for ‘KSHB’, The EW Scripps Company. In 2016, she became a Traffic Reporter and morning anchor for ‘FOX News’.

She was appointed as a Postgame Host for ‘Sporting Kansas City', before she started working as an Anchor in NESN, Boston. As of 2018, she is a sideline-sports reporter for NESN Boston.