John Christian Ka'iminoeauloameka'ikeokekumupa'a who is famously known as "Ka'imi Fairbairn" is an American football placekicker who is currently playing with the Houston Texans in the National Football League(NFL). Undrafted out of college, Fairbairn signed a contract with Houston as a free agent and was named their starting kicker the following year in 2017.

The 2015 Lou Groza Award winner was born on January 29, 1994, in Kailua, Hawaii. He studied high school from Punahou in Honolulu, Hawaii and he finished his college from UCLA, University of California.

Ka'imi Fairbairn, the placekicker player of Huston, has earned pretty much a decent amount of fortune and fame from NFL. He has an estimated net worth of $1 million. Currently, he is signed to a 1-year contract with Huston Texans worth $3.95 million. He will earn an annual salary of $3.95 million in 2019.

In 2019, his income is skyrocketed and his salary  Cap hit was 1.47% of the total income of Huston which enables Fairbairn to earn a base salary of $3.95 million. 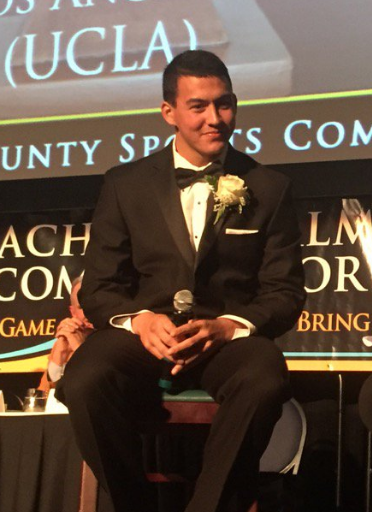 The 25 years old placekicker for Huston is in the relationship. However, his affair has not been on the spotlight and he has not shared about his personal life in front of the camera.

Fairbairn has no records of any previous relationship, affairs, marriages, and engagement. It seems like he is only focused on his game and he is working hard in training camp so that he could secure the winning side for his team.

Meaning Behind His Name

John Christian Ka'iminoeauloameka'ikeokekumupa'a is the full name of Huston placekicker and since he was a kid, he has gone by the name Ka'imi, forgoing John Christian. According to Hawaiian culture, his name means a seeker of knowledge.

In one of the interview, he said:

"The meaning of your name is your life. Hawaiians have a long ancestry. It's really meaningful for me to go by my Hawaiian name." 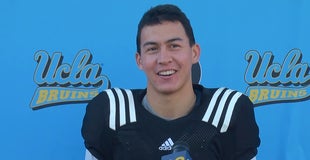 While he used to play from Punahou School, he became a two-time first-team all-state player, and the team won two state championships following the same year and at the end of his school game, Fairbairn was ranked nationally as the No. 4 recruit at kicker.

When he started to play from college team, Fairbairn won the kicking job as a true freshman in 2012 and it was 2016 when he was recruited by Huston Texans where he was AFC Special Teams Player of the Week when he played against New York Jets and he has also earned AFC Special Teams Player of the Month in the same year. Currently, he plays alongside Will Fuller, Carlos Hyde, and Duke Johnson.