Justice Sueing is an American college basketball player who plays in the Big Ten Conference League. He plays in the Small Forward position for the Ohio State Buckeyes. Prior to Ohio, he played for the California Golden Bears and transferred in 2019. He recorded 19 points and 8 rebounds in his first game with Ohio State.

The Ohio States small forward was named a three-star recruit by Rivals and 247Sports while ESPN considered him as a four-star recruit. In his high school time, he averaged 17 points and 2.1 assists per game in his senior year. During his junior year, he recorded an average of 10.1 points with 4.8 rebounds per game.

Justice Sueing was born on March 15, 1999, in Honolulu, Hawaii, United States, and his birth sign is Pisces. He is American by nationality and his ethnicity is Black.

He was raised by his mother and his father Justice Sr. who played college basketball for Hawaii. He also played professional basketball in Israel and Luxembourg. 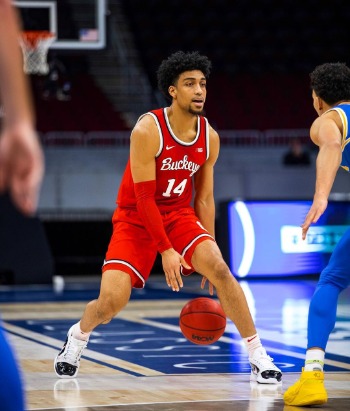 Justice went to Maryknoll School for his freshman and sophomore years. For his junior and senior years, he moved to Mater Dei High School in California.  There he played basketball alongside Bol Bol, Spencer Freedman, and Michael Wang.

Despite coming offers from Utah and Vanderbilt, he chose Ohio State for his college career.

Height and weight of Justice Sueing

Sueing's Contract and Salary; How much is his Net worth?

There are no official records backing the net worth of Justice Sueing. As he is still in college, there is no figure to exactly indicate it. 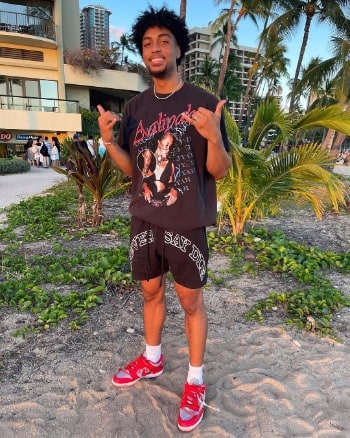 As a college player, he is not paid. But he may benefit from a new rule by NCAA that allows the college athletes to benefit from the endorsements and brands deals. So with the talent he carries, surely, there are brands waiting for him to offer.

Read about:- Does Hunter Sallis' Gets Paid Playing For College Team?

Know About Relationship Status of Justice

Justice Sueing is very successful in keeping his private life away from the social media reach. Extracting his Instagram and Twitter account, he has never shared any photos with any girls. It seems he prefers his love life behind the camera. 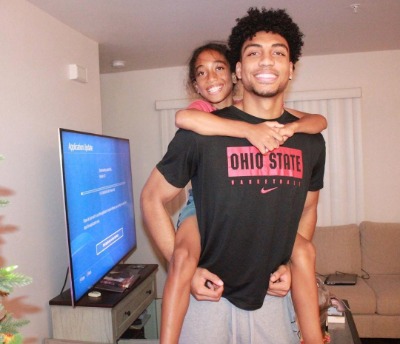 Read also:- Who is Jaden Ivey Dating? Know about His relationship Status and Girlfriend

As of 2021, the Ohio State small forward is just 22 years old and too young to be in a romantic relationship with another. He must be focusing on her career rather than romances.  Or who knows, one day he might drop a clue about his love affairs.

As of now, he is not currently married and must be single.