Julius Randle is an American professional basketball player for the New York Knicks of the National Basketball Association (NBA). He played college basketball with the Kentucky Wildcats for one season before being drafted by the Lakers in the first round with the seventh overall pick in the 2014 NBA draft. His playing position is a power forward for his team.

He was born on November 29, 1994. Dallas, Texas, was his birthplace. His age is 27 now. He is an American by his nationality. His ethnicity belongs a black. His birth sign is Sagittarius. He is the son of Carolyn Kyles. He is popular among his fans.

Julius attended Prestonwood Christian School. The school was located in Plano, Texas. While studying there, he showed his excellence in the game of basketball. The player was considered a top 5 player in the class of 2013 with Andrew Wiggins, Jabari Parker, Andrew Harrison and Aaron Gordon. In the Year 2012, in August, he won the Under Armour Elite 24 dunk next, and the next day Randle was named one of the MVPs of the Elite 24 game, where he scored 27 points and led his team to a 164-138 victory. 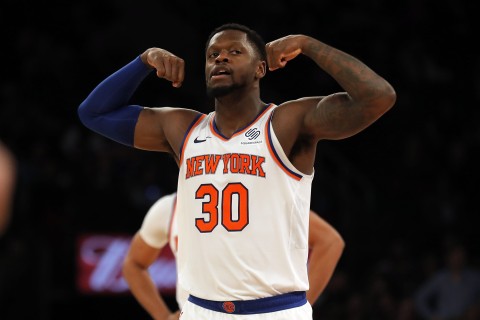 Julius currently plays for the Knicks in the NBA SOURCE: Pinterest

Julius was regarded as a five-star recruit by Rivals.com. In the Year 2013, he was also listed as the No.1 power forward and No.2 player in the nation. After his college career, he attended the University of Kentucky. The player played there from 2013 to 2014. On April 22, he declared for the NBA Draft. On June 26, 2014, the Los Angeles Lakers selected him with the seventh overall pick in the 2014 NBA draft. Randle also went through an injury on October 28, 2014. He returned to his game in July 2015. At this moment, he is not suffering from any injury.

Julius has great capabilities in his games and performance. He has the caliber to be a number one player of basketball. The player achieved a lot and has to accomplish more. He is young and dynamic.

Who is Julius Randle Married Too? Know About His Wife and Children

Julius is an active social media user and very open about his relationship status. Randle exchanged his wedding vows with his longtime girlfriend, Kendra Shaw, in 2017. The love birds have been dating each other for several years before getting married. There is no confusion about his sexuality as he is married. He is not gay. 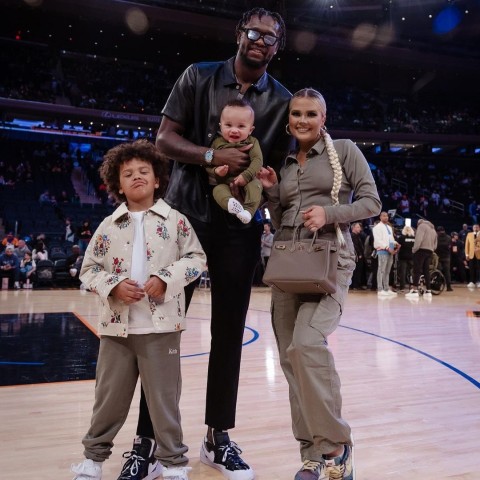 Julius shares a photo of his wife and children SOURCE: [email protected]

Julius and Kendra are the proud parents of two children. They welcomed their first child in late 2016. In mid-2021, The duo shared about expecting their second child. In October, The family of three extended to four with the birth of a son, Jayce Carter Randle.

Julius has a great personality. His great height and weight are added advantages to his career. His stats are worth watching for the youngsters. The player is earning a fortune amount of salary. His present salary is $21,780,000. His total net worth is estimated at $50 Million. His fans continuingly follow him on social networking sites. One can see the highlights of his matches on YouTube. Detail info about his life and bio can be taken from Wiki.