Aaron Gordon is an American professional basketball player who plays in the National Basketball Association (NBA). Gordon currently plays for the Denver Nuggets as their Power forward/Small Forward. The San Jose, California native played college basketball for the University of Arizona and was picked 4th overall by the Orlando Magic in the 2014 NBA Draft.

Playing as a Power forward/Small Forward, Aaron Gordon reportedly earns around $20,000,000 as his yearly salary from Orlando Magic. Further, Gordon has an estimated net worth of over $25 million. Aaron was in a romantic relationship with Dakota Gonzales but recently broke up in September 2018.

Aaron Gordon Salary and Net Worth in 2022

Evan Fournier, Terrence Ross are among the players of Orlando Magic having a salary less than Aaron.

Aaron Gordon was in a relationship with beautiful basketball player Dakota Gonzalez. The couple started dating in mid-2017 but later called it a quit in September 2018. Gordon is believed to have cheated on Dakota several times. 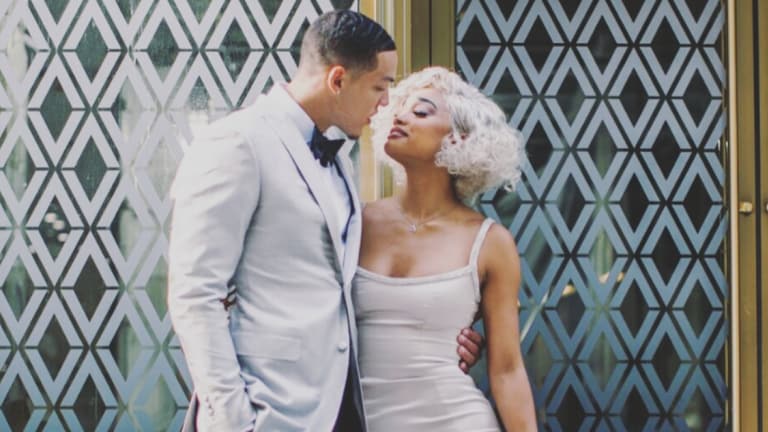 Other than being a famous NBA Power forward/Small Forward, Aaron is pretty famous in social media with an enormous number of followers and thousands of likes in all of his posts. Moreover, he has 980k followers on Instagram and 145k on his Twitter account.

The Famous NBA star is 6 feet 9 inches tall in height and weighs around 100 kg. Gordon is not only a world-class athlete but also a very attractive individual.

Aaron Addison Gordon was born on September 16, 1995, in San Jose, California to parents Ed Gordon and Shelly Davis. As per his nationality, he is American and belongs to White ethnic group. Further, his star sign is Virgo. Aaron spent his childhood along with his brother Drew and sister Elise.

Gordon attended Archbishop Mitty in San Jose, California where he played for his high school basketball team. Aaron, in his high school career, held an average of 11.8 points and 10.1 rebounds as a freshman.

During his high school career in the state championship, he averaged 27.0 points per game and was chosen Calfornia Mr. Basketball.

After completing high school, Aaron Addison Gordon enrolled at the University of Arizona and played for the Arizona University. Gordon was named one of the 30 finalists of the Naismith College Player of the Year on 13 February 2014.

Aaron was named to the first team of the All-Pac-12 and was honored by Pac-12 Freshman Player of the Year and Pac-12 All-Freshman Team. Aaron declared his final three years of college eligibility for the NBA draft

Later in the 2015-16 season, Aaron joined Magic again averaging 21.7 points, 11.7 rebounds, 2.7 assists, 1.3 steals and 1.7 blocks in three games. He was the Zach LaVine runner-up to in the Slam Dunk Contest. The battle between Michael Jordan and Dominique Wilkins in the final round was compared with the showdown in 1988.