Julianne Na is a Golf Wags, popular as the wifey of Korean-born-American golfer Kevin Na. Her husband currently plays on the PGA Tour and has 5 PGA Tour wins under his bag along with 1 Asian Tour win, 1 Korn Ferry Tour, and others.

Worlds know about Kevin Na but what about his wife, Julianne Na? When did they marry? Do they share children?

Mr. and Mrs. Na will be celebrating their six years anniversary on 24th April 2022. They tied the knot in 2016. Though there is not much information about their wedding, on 24th April 2017, Kevin shared pictures of their 1st-anniversary picture where Kenny G performed at their ceremony in Beverly Hills.

The Na couple seems to have maintained their relationship quite well as there have been no rumors of dispute or infidelity between the two. 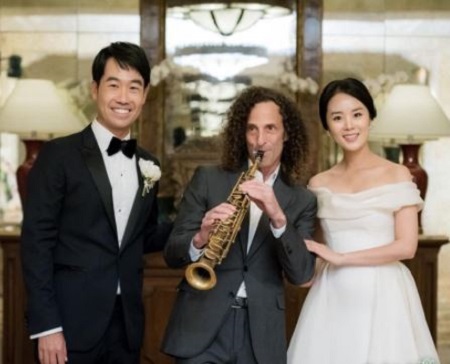 Scrolling through Kevin's Instagram, he has spoiled his spouse with love and care. They have been to Italy, France, and many more exotic holiday destinations together.

Besides, there is no information about Julianne's past relationship while Kevin's past affair has caught the international headline. Back in 2015, the golfer was ordered to pay $170,000 to his ex-fiancee by the South Korean Court. As per the report, the unnamed ex-fiance accused Kevin of treating their relationship like “sexual slavery.”

On 29th August 2016, Julianne Na and her husband, Kevin Na welcomed their first child, Sophia Ria Na at 09:38 am, weighing 6lb 9oz. 19.70 in height. That year Kevin skipped the Deutsche Bank Championship to stay with Julianne and their newborn baby. He said, “Hard to leave home when I see my baby girl. No Deutsche Bank Championship. BMW next. It will be tough leaving home to play BMW,” via IG post. 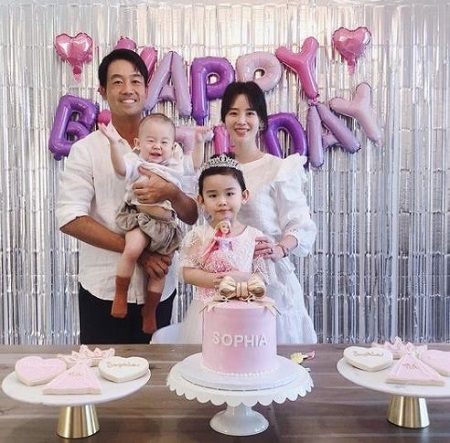 South Korean native, Julianne Na was born on 26th September 1987, under the star sign Libra. She is currently 34 years old. She holds a dual nationality South Korean and American and is of South Asian ethnic background.

Unlike other Wags, Julianne Na has maintained a low-key life. Due to her private life, there hasn’t been much information collected regarding her life except for a number of pictures and her presence on many occasions with her husband.

Julianne Na shares a tremendous net worth of $25 million with her husband, Kevin Na as of 2022. With a career earning of $37,232,565 he is ranked #26th in the All-Time Money Leaders List. Tiger Woods, Phil Mickelson, and Jim Furyk are ranked 1st, 2nd, and 3rd respectively. The Na family resides in Las Vegas, Nevada where they own million-dollar real estate property.