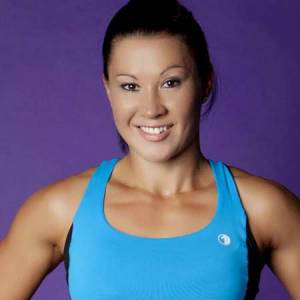 Arlene Blencowe is an American professional boxer and mixed martial artist, currently signed to Bellator under featherweight division. A professional since 2013, she has competed for Storm MMA, FightWorld Cup, and MMA Down Under.

Arlene Blencowe is a native of New South Wales, Australia, born on 11th of April 1983. Her star sign is Aries. By nationality, she is an Australian, and her ethnicity is under-review.  She has revealed less to no information about her past life such as her childhood, educational background, and parent. It seems that she is a private person and prefers to maintain her personal life in low key.

Arlene Blencowe's Net Worth and Endorsement

The significant source of Blencowe earning is her professional MMA career. As of 2018, her career disclosed earning is recorded $20,000. She also generates good sum from her PT job as well.

His exact figure of net worth and salary is under review.

In 2012, Arlene Blencowe started her boxing career in her native Australia. She has won world championships in World Boxing Federation as well as Women’s International Boxing Association. As of now, she holds four win and four losses.

After her boxing career, Blencowe began her MMA career professionally. Competing entirely in Australia, she has recorded five wins and four losses over the first and half year of her career.

On 27th of October 2014, Blencowe signed with Bellator MMA.

On 15th May 2015, she made her Bellator debut at Bellator 137, where she faced Adrienna Jenkins. She recorded her win in her first fight via TKO in the round one.

She next faced, Marloes Coenen at Bellator 141 on 28th August 2015. She lost the fight in the round second by armbar submission.

Blencowe’s third Bellator bout came on 20th November 2015, against Gabby Holloway. She marked her victory via split decision in the third round.

In her fourth fight for the promotion, she was defeated by Julia Budd at Bellator 162 on 21st October 2016.

After picking up two wins outside of Bellator, she returned to face Sinead Kavanagh at Bellator, on 25th August 2017, and successfully beat her opponent in the third round.

On 1st December 2017, Blencowe fought for the Bellator Women's Featherweight Championship against Julia Budd at Bellator 189. She won the fight via split decision in the round three.

Arlene Blencowe, 35, is a married woman. She tied the knot with her long-time boyfriend, Dion Shaw. The pair is blessed with a daughter and a son.

Blencowe is extremely active on social sites such as Instagram with almost 7k follower and Twitter with more than 1,650 followers. She often uploads pictures with her family in her social sites.

Fun family night at @sydney_royal_easter_show last night. We fell in love with the cheeky animals The fireworks!!

So far, there is no news and rumors about conflict, extra-marital affairs, and divorce in their martial affair.