Jukka Raitala is a Finnish professional soccer player who is signed to Helsingin Jalkapalloklubi. The left-back played for the Findland's youth national team at various age levels and has been a full international since 2009, making 61 appearances for his nation.

Kerava, Findland native Jukka Raitala, was born on September 15, 1988, under Virgo's star sign. The thirty-four-year-old holds Finnish nationality and is of white ethnic background. As of date, he has not shared a word about his parent's information, but his father has died long ago. He stands 5 ft 11 in (180 cm) tall and weighs over 77Kg.

Aforementioned, Raitala is signed to the HJK, and obviously, soccer athletes make good earnings after starting a professional career. However, there is no official statement regarding Raitala's salary playing for his recent club. He earned around $290,500 salary with Guaranteed Compensation during his playing time in Montreal Impact. 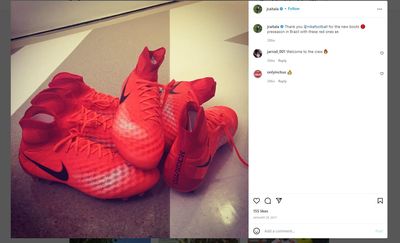 Raitala's net worth as of 2022 is approximately $500K. HJK's left-back endorses Nike and earns a decent amount through such endorsement deals. However, the amount he makes from such deals remains under the radar.

Is Jukka Raitala Married? Know about his Personal Life

Aside from a life as a professional soccer player, Raitala is a married man who lives with his wife and children. He is married to his long-time girlfriend Riikka-Liisa Lintu, whose identity still remains under the radar. Jukka Raitala and his wife Riikka-Liisa Lintu in their SOURCE: [email protected]

The love birds tied themselves into a marriage in the presence of their family and close friends. Raitala and his wife are blessed with a beautiful boy, and he shares a lot of posts mentioning his wife and his son on his Instagram.

As passionate about soccer from a young age, Raitala started playing soccer with his hometown team Keravan Pallo-75 where he spent much of his junior career.

Raitala started his senior career with Klubi-04, where he made 22 appearances for the team. Since then has played for several top clubs from the year 2006 to 2021. HJK's left-back announced to return to his first professional club on December 21, 2021. Raitala made his international debut for the Finnish national team when he was 20 years of age. 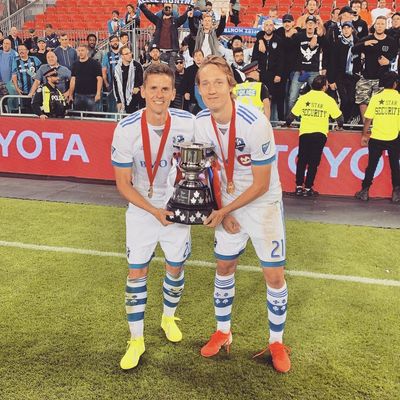 CAPTION: Jukka Raitala and his teammate are lifting the Trophy. SOURCE: [email protected]

He played UEFA European Championships back in 2021, and he has made 61 caps for his Finnish national team.