Pyry Soiri is a professional footballer from Finland who plays as a midfielder for HJK in the Veikkausliiga and the Finland national team. Soiri kicked off his senior career at the age of 17 playing from MYPA. He made his international debut for Finland in November 2017 and has had capped over in 20 games.

Pyry Henri Hidipo Soiri aka Pyry Soiri is a Finnish citizen but most spent his childhood days in Africa was born on 22 September 1994 in Ekenas Finland. He is from a mixed family background. As of 2022, he is just 27 years old and his star sign is Virgo. Soiri plays wearing jersey number 13.

The Finland international belongs to mixed ethnic background. He is born to a Finnish mother Lina Soiri and a Namibian father. However, anything regarding his father is still unknown. He also has a younger brother named Juri Soiri. 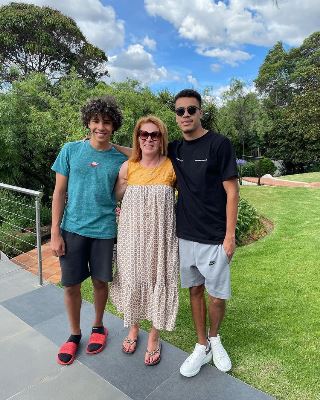 Despite being Finnish by nationality, Soiri is eligible to represent his father's nation (Namibia) as per his will.

Pyry Soiri is a well-established midfielder who is a role model for many peoples. His primary source of income is from playing football for the top clubs. The Finland international has an estimated net worth of $3 Million which includes his house, Properties, and cars. Reportedly, the actual salary he gets from the clubs is still not transparent. 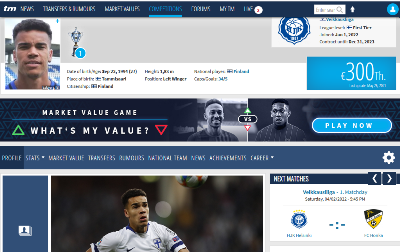 The Ekenas-boy also boosts up his net from the income he gains from his brands and sponsors. All credit goes to his hard work and dedication ;he is living the comfortable and lavish life. At the moment, the HJK midfielder Soiri holds the market value of 300k Euros.

The HJK star player Soiri began his soccer journey from the age of 6 years. His very first appearance as a soccer player was for PPJ in 2000. Likewise, he then moved to MYPA in 2010 playing as a youth player. He debuted his senior level game against his Jaro in April 2012. During the 2012 season, the club assured to loaned him to KTP whereappeared in just 12 games.

After a three season with KTP, Soiri then moved to VPS in 2015 signing a two-year deal. He had an outstanding performance there. He played in total 62 games sending ball 14 times behind the net. Later in Febraury 2017, the Finland internatinal decided to join Shaktyor Soligirsk. Following season, he got transfer again to Admira Wacker in August 2018. 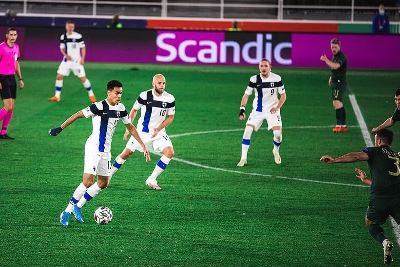 After playing a season with Wacker, he was offered by the Denish club Esbjerg. On 18 June, 2019, he accepted the proposal and joined the club uniil June 2022. But he couldn't stay as he agreed with the club because his contract got terminated by mutual agreement on 25 August 2021. Finally on 4 October 2021, he signed a two-year contract with HJK and he is still yet to make his debut game for the club.

Pyry Soiri has played huge role for his nation in reaching the European Champhionship Qualifier stages for the first time in their history. Officially, he debuted for Finland squad on 6 October 2017. The 27 years old HJK midfielder represented Finland in U-19, U-20, U-21 and the senior national team.

When it comes to the love life or relationship matter he is very much confidential about it. He has never seen with any girls publicly as well. The HJk midfielder, Soiri being a private personality, he has kept his life low-key due to which anything linked with his love life and dating status is unknown to the public.

Observing his social media account, he is probably single at the moment.