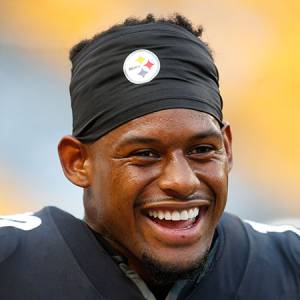 JuJu Smith-Schuster is an American professional football Player who plays in the National Football League (NFL). As of 2019, JuJu Smith-Schuster currently plays for the Pittsburgh Steelers as their wide receiver and return specialist.

JuJu Smith-Schuster Net Worth and Salary

Further, the NFL player has an average salary of $1,048,945 annually. Additionally, JuJu Smith-Schuster so far has made earnings of $2,284,840 from his entire NFL career while Jimmy Garoppolo is one of the highest earners in NFL history.

Schuster's contract and earnings including bonus and incentives

JuJu Smith-Schuster Personal Life; Who is his Girlfriend?

Juju Smith-Schuster is reported to be unmarried. Further, there isn't any information about his probable wife or girlfriend. Smith- Schuster is still single and is probably looking to spend his life with the right girl.

Nothin like being a PITTSBURGH STEELER, I’m so THANKFUL for this Blessing! ????????

Despite his height and fame in the sports community, the footballer appears to be focused on his playing career rather than getting involved in a relationship.

He has not documented a relationship timeline with women, but hopefully, in the near future, he will meet his perfect lady someday. Talking about his body measurement, the Famous NFL star is 6 ft 1 in (1.85 m) in height and weighs around 98 kg.

JuJu Smith-Schuster was born on November 22, 1996, in Long Beach, California. Further, he was grown up by a single parent, Sammy Schuster. As per his nationality, he is American and belongs the to African ethnic group. Further, his star sign is Sagittarius.

Smith attended  Long Beach Polytechnic High School, California. He played for the Jackrabbits football team as a wide receiver and safety. Smith was rated as a five- star recruit by Rivals.com and ranked second- best safety in his class and 24th- best player overall.

Later, he committed himself to play college football under then head coach Steve Sarkisian at the University of Southern California( USC).

JuJu Smith-Schuster was ranked as the fourth-best wide receiver by Sports Illustrated and ESPN ahead of the draft, and ninth by NFLDraftScout.com and draft analyst Mel Kiper Jr. On May 17, 2017, the Steelers signed him to a four-year contract.

Smith-Schuster entered the training camp in competition with Sammie Coates, Darrius Heyward- Bey, Eli Rogers, Marcus Tucker, and Justin Hunter to be the third option of the Steelers in their depth chart at the wide receiver. 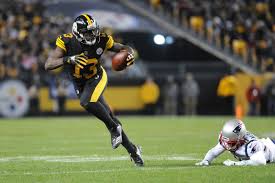 In Week 2, Smith- Schuster recorded the first reception of his career and caught his first touchdown on a four-yard pass from quarterback Ben Roethlisberger, as the Steelers defeated the Minnesota Vikings by a score of 26- 9.

The Pittsburgh Steelers promoted quarterback coach Randy Fichtner to offensive coordinator on 18 January 2018 after choosing not to renew the contract of former offensive coordinator Todd Haley. After the Steelers traded Martavis Bryant to the Oakland Raiders for a third-round pick in the 2018 NFL Draft, Smith- Schuster entered the training camp slated as a starting wide receiver.