Josip Stanisic is a professional footballer who plays as a defender for the Bundesliga club Bayern Munich as a right-back and center-back. Stanisic plays for the Croatia national team. The young footballer made his Bundesliga debut for Bayern Munich on April 10, 2021, playing against Union Berlin.

Everything On His Career Earnings & Net Worth Moreover, Stanisic lives a lavish life as he has earned a massive amount of money from his profession. The professional footballer shows off his lifestyle from his Instagram handle, where he features his day-to-day activities.

Relationship Status: Does Stanisic Have A Girlfriend?

The young football player appears to be leading a single life. So, there is no information about him being involved in any affairs. Also, his recent social media shows that Stanisic is highly focused on his career at the moment.

Apart from that, it also becomes clear that Stanisic likes to keep his personal life away from the media, as he has not made a single post regarding his love life on social media. As he has gained fans from different locations, they are concerned about his love affair. 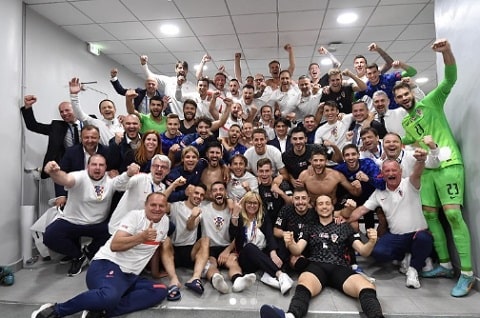 So, Stanisic may give some updates about his girlfriend in the future. To get updated on Stanisic's lifestyle, we can follow him on his social media accounts.

Josip Stanisic started his football career by playing with 1860 Munich. After that, he went on the team of SC Furstenfeldbruck. With the club's younger B-Juniors, Stanisic was one of the top performers from the beginning and was the second-best goalscorer on his team. In May 2016, Stanisic was pulled up to the U17, in which he also gave his best.

Later, he was noticed by FC Bayern Munich. So, in 2017, Stanisic came to the team and began playing for them. In the summer of 2018, he played the part of the season preparation with the professional team of FC Bayern and was also used in two matches in Klagenfurt and Philadelphia. He continued playing with the A-Juniors. Not only that, but Stanisic was the new team captain there in his second season. 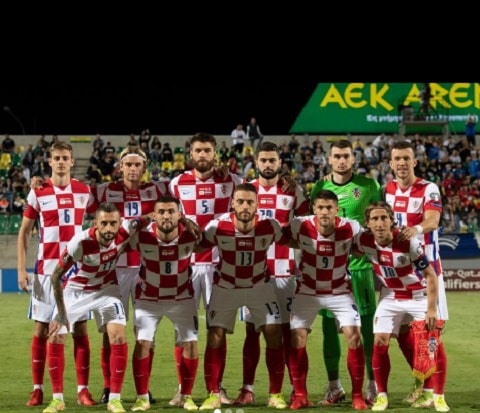 Stanisic gave his best performance and also impressed Bayern coach Julian Nagelsmann during the pre-season. So, he remained with the senior team. Meanwhile, Stanisic made his Champions League debut on September 14, playing against BarcTheir team won the gameir team by 3-0. Stanisic's contract with the team was extended on October 15, 2021, which is until 2025.

Furthermore, Stanisic scored his first goal for Bayern on May 14, 2022, in a draw match against Wolfsburg. Talking about his international career, he holds German and Croatian citizenship. So, he is eligible to play for both nations. On August 23, 2021, Stanisic was called up to the Croatia U21 team by Igor Biscan to play against Azerbaijan and Finland at UEFA Under-21 Euro 2023 qualifiers.

But due to an injury, Stanisic couldn't play those games. Finally, Stanisic made his debut for the senior team on October 8 by playing against Cyprus.

You May Read: Mile Skoric

Details On His Age and Parents

Born on April 2, 2000, Josip Stanisic is 22 years old as of 2022. The 22-years-old footballer is a native of Munich, Germany, who was raised by his beloved parents, Damir (father) and Sandra (mother). His father is from Malino, while his mother is from Oriovac.

So, StanisicGerman and Croatian dual nationalityroatian and belongs to a mixed ethnic background. Moreover, Stanisic comes from a large family, but he has not talked much about them. So, Stanisic loves spending time with his family members during his spare time. 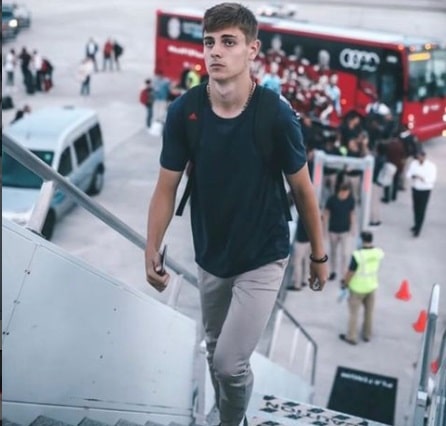 Back on June 19, 2022, Stanisic shared a family photo visiting a place with them. So, it can be said that Stanisic is a family person and has also received tremendous support from them.

Entering the topic, Stanisic is an active social media user who likes to feature his professional life on his handles. Stanisic is most active on Instagram, and his username is registered as @josip_stanisic. Stanisic posted his first post on Instagram on February 20, 2017.