Jean-Eric Maxim Choupo-Moting, aka Choupo Moting, is a well-established Cameroonian professional associational football player who primarily plays in the forward position. Currently, he plays for FC Bayern Munich in the German league, i.e., Bundesliga. Despite being born in Germany, he opted to play for Cameroon national team in international competitions. Notably, before that, he was a German youth international.

The proficient forward Choupo Moting is a dual nationality of Germany and Cameroon. The footballer was born on March 23, 1989, in Hamburg, West Germany. Currently, he is 33 years old, and he is a right-footed player. Also, he represents himself by wearing jersey number 13 on his club jersey. Additionally, he is a pet lover especially, i.e. dogs.

Despite being born under the family Jean-Eric Maxim Choupo-Moting, he is mainly known by the Choup Moting in the football world. For your information, Moting holds a dual citizenship card from Cameroon and Germany. He was born to a German mother and a Cameroonian father. His father's name is Just Moting, whereas his mother's identity remains under review. Moreover, Choupo is the only son of his parent's happy marriage.

His Annual Salary At Bayern Munich

The Hamburg-born footballer Choupo Moting has been in this field since 2007. So, it has been more than fifteen years in this field. Notably, at Bayern Munich, the Cameroonian-German nationality allegedly makes £60,000 weekly which totals £3,120,000 per annum. Reportedly, with a weekly pay of £306,000 and an annual pay of £15,912,000, the Senegalese football star Sadio Mane tops the number one spot in getting the highest paychecks. Moreover, in his previous year, Choupo netted £2,312,000 with PSG, £3,484,000 with Stroke City, and £1,872,000 with Gelsenkirchen. His net worth at present equals $13 Million. 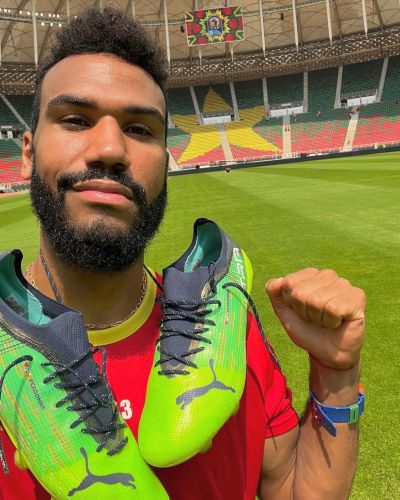 Publishing his sponsor on his online platforms  SOURCE: Instagram

Viewing his salary details, we can easily express his extraordinary economic situation. More, Choupo is a Puma Sportsperosn. He gets handsome of banknotes working with them. However, he has not flashed the revenue he makes from it.

Besides being a footballer, Bayern Munich Jersey number 13 Choupo Moting is also a romantic and caring husband of his beloved wife, Nevin Choupo-Moting. Digging their various online platforms, the couple seems to be very seriously in love. They seem to be very happy and cheerful together. The pair often goes to various events together. 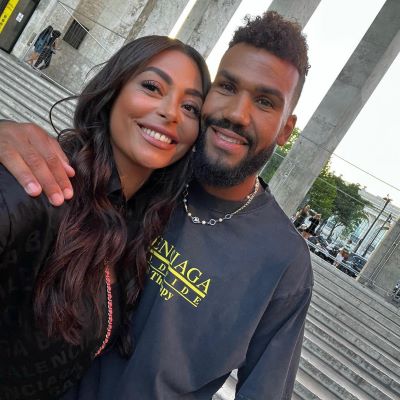 Moreover, the couple is blessed with a son, Liam, who has even added happiness and prosperity to their life, says Choupo. To get more updates on his family and footballing life, we may follow him on Instagram under the username @mr.choupo.

Have A Look Into His Footballing Journey

Choupo enrolled at the football academy at the age of six. He played his youth career for several teams like Altona 93, FC St. Pauli, and Hamburger SV. After graduating from the Hamburger youth system, he played for its second team. However, he later booked his spot on the first team and played until 2011. He was then loaned out to Nurnberg for the 2009-10 season. Further, he played for two more German clubs, including Mainz and Schalke, till 2017. 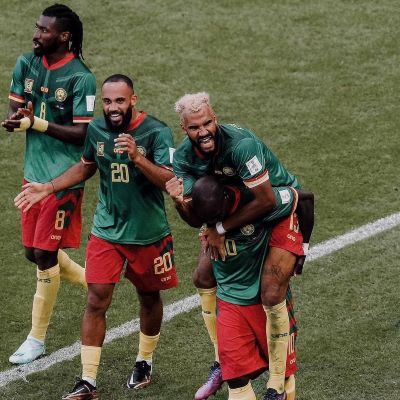 They are playing the first ever World Cup game with Cameroon national team SOURCE: Instagram.

After his release, he switched to the French League on August 31, 2018, agreeing on a two years contract with PSG. Consequently, he made his PSG debut on April 7, 2009, against Liverpool. Playing in 31 league games, Choupo joined Bayern Munich on October 5, 2020. Reportedly, he debuted for Munich on October 15 against DFB-Pokal. To date, the player has appeared in 52 games scoring 13 goals for Munich.