Josip Juranovic is a famous football player based in Croatia who plays as a right-back for Scottish Premiership club Celtic as well as the Croatia national team. Further, the right-back is among the players with a current market value of €7.00 million.

The Croatian footballer Josip wears the jersey number 88 for his fellow club, and besides his main position, he also plays as a Right Midfield and Left-Back. Juranovic is best known for his outstanding skills, and his huge fan base is his impressive skills and playing techniques. Likewise, he is a right-footed player who plays for the football agent, FSB – Spielerberatung GmbH.

How Rich Is Josip Juranovic? Net Worth & Salary

Since August 2021, Juranovic has been playing for the team of Scottish Premiership club Celtic. So, he might be making a good sum of money from his team. According to a source, Juranovic signed a deal with Celtic, and he receives £557,920 per year. The same report by Woodgram shows that he earns £1,533 per day and £64 per hour.

So, Juranovic is doing good in his career, and his income is pretty impressive. So, his net worth is in the six figures, and some online portals claim that Juranovic enjoys a net worth of around $1 million. Besides, Juranovic has also played for the Croatia national team and participated in various games helping the team to win most of their games. 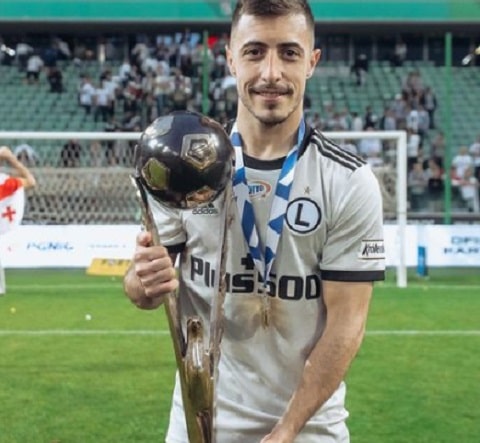 Similarly, he played for Hajduk Split, and when he left the team to join Legia Warszawa, Juranovic had a market value of €1.70m, and his transfer rate was €400Th. So, having good earnings from his profession, Juranovic surely lives a lavish lifestyle.

Details On His Love Life

Moving into his love life, Juranovic is engaged to his long-term girlfriend turned fiance, Lana Miholjevic. The professional footballer began dating his girlfriend a long time ago, but the actual date is missing from the web. The lovely pair used to share plenty of cute pictures together on their Instagram handles.

They have gone to different places to enjoy their vacation. After being in a relationship for some time, Juranovic and Miholjevic took their relationship to the next level as the footballer proposed to his partner on May 21, 2022. Also, he shared some of the moments of their engagement on their Instagram account, showing the engagement rings. 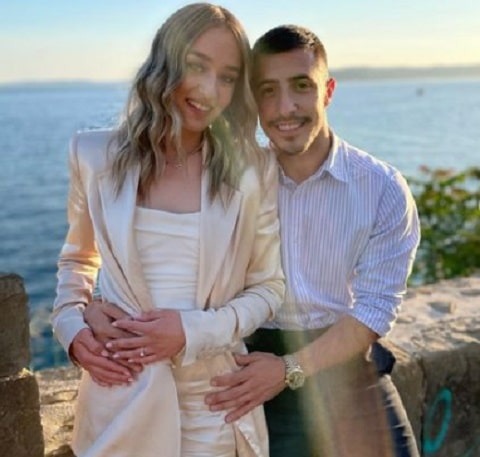 Moreover, their followers also loved the snaps and were happy to hear the news. After that, some of them became curious to know about their wedding, but the pair had not announced anything about their marriage yet. So, we can expect that they will give some details in the future.

Take a Look At His Football Career

Juranovic spent his early days at the nearby NK Croatia Sesvete academy, and in 2013, he joined Dubrava, with whom he played until 2014. Juranovic made his third-level debut in the 2012-13 season. In 2011, he also got a chance to play for Croatia Sesvete. Playing with the team of Dubrava, Juranovic appeared in 36 games and scored 14 goals.

In 2015, Juranovic signed a three-and-a-half-year contract with Hajduk Split and joined their third-tier B team. Despite that, Juranovic was moved to the first team in April 2015 by the new manager Goran Vucevic, and he made his Prva HNL debut in a match against Rijeka. Making 136 appearances for Hajduk Split, Juranovic scored three goals. 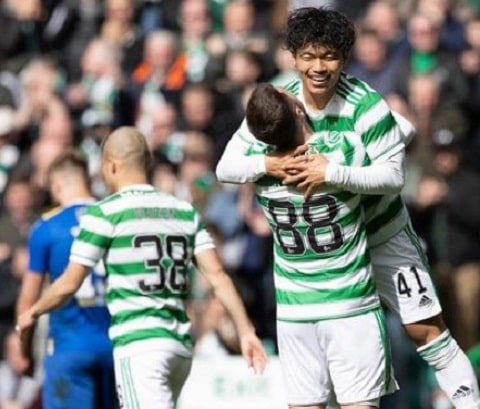 He spent the 2020-21 season with Legia Warsaw, with whom he played in 28 games, scoring just one goal. In August 2021, Juranovic signed for Scottish Premiership side Celtic on a five-year deal. For your information, he played the majority of his professional career as a right-back, but he would start as a left-back during his introductory stage at Celtic.

Juranovic made his debut for the Celtic team by playing against Rangers at Ibrox. He was also a part of the Celtic team that won a game against Hibernian in the League Cup. Besides, Juranovic has also played for the Croatian national team in various competitions. Juranovic was also called by manager Zlatko Dalic on September 6, 2019, to play against Slovakia and Azerbaijan at Euro 2020 qualifying games.

Josip Juranovic was born on August 16, 1995, in Zagreb, Croatia. The professional footballer grew up in the Dubrava district of the capital of Zagreb and was raised by his parents, Miroslav Juranovic and Josipa Juranovic. Meanwhile, Juranovic also has a brother in his family whose name is Dragan Juranovic.

His brother, Dragan, is also a professional football player who plays for Bosnian Premier League club Zrinjski Mostar. His prominent position is a winger, and he wears jersey number 77. So, it can be said that Juranovic has an athletic family background. As for his physical appearance, Juranovic has great stamina, and his height is measured at 5 feet 8 inches (1.73 m).

The fan's favorite, Josip Juranovic is active on various media sources; he mainly prefers Instagram over other online sources. Hence, we can follow him on the platform under the username @jurki17, where he has amassed more than 80k followers. The player mostly shares football-related content on the platform and keeps updating his fans about his relationship status.

For your concern, Josip often communicates with his fans on the platform and shares his daily life updates with his fans. Following his Insta posts, the player has an amazing love life that makes people go wow. Additionally, he has shared more than 200 posts on the platform, and Josip never misses the opportunity to attract his fan's attention by sharing such excellent posts on the media.