Filip Uremovic is a rising Croatian professional football player. He is currently playing in the German Football League, Bundesliga for Hertha BSC. Uremovic turned professional in 2015 and started his career with Cibalia in the Croatia football league. Uremovic plays as a Defender for his club and country.

Filip Uremovic was born on February 11, 1997, in Pozega, Croatia. He has not uttered a single word about his early life and his parents. Uremovic holds Croatian nationality and is of mixed family descent. Information about his education and academic qualification is under the radar. Filip stands six feet and weighs 81 kg.

Filip Uremovic has an estimated net worth of more than $1 Million. A football player has multiple sources of income. They make a good amount from their sponsorship and advertising deals. Uremovic extended his contract until 2024. As per sources, Filip had an annual salary of £676,000 while playing with Kazan FC in the Russian Premier League. He is among the highest-paid player for the club. Who is Filip Uremovic Dating? Know About His Girlfriend and Relationship Status

Filip is an active social media user. He keeps sharing his personal life information in his Instagram title. The player could be single, dating, or even engaged to his fiance. Uremovic spends his free time with his family and friends. Filip likes to travel to new places in his holidays.

Filip Uremovi's Journey to the Bundesliga

Filip started training football with his hometown club, Papuk Velika. He trained with the team for several years and moved to Cibali in 2013. In numerous division games, the player represented the club, earned his senior team call in 2015, and made his debut in July 2016 against Hajduk Split. 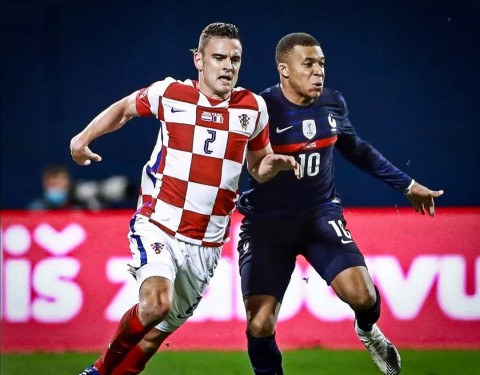 Filip made his debut against France in the Nations League SOURCE: [email protected]

Filip signed a year contract with the club and appeared in twelve games in his debut season. He struggled a lot in his initial years. In mid-2016, The player moved to Dinamo Zagreb in the Russian Premier League. Uremovic played for the Dinamo Zagreb II team in forty-five matches and became a regular player with the team. In early 2018, Filip joined the Slovenian Football league club, Olimpija Ljubljana, and appeared in eighteen games.

In June 2018, Uremovic signed a significant deal of four-year with Rubin Kazan for an undisclosed fee. The player has become a regular player with the team and extended his contract until 2024. Many clubs from La Liga and several other leagues were interested in signing him. In 2022, He moved to Germany and joined Hertha Berlin and signed a four-year contract.

Filip has represented Croatia in numerous divisions. He made his international debut in 2016 with the Croatia U19 team. The player appeared in five games and scored one goal. In 2018, Uremovic was called for the U21 squad and appeared in nine games. In 2020, Filip made his senior team debut against France in the Nations League game and played with Luka Modric and Rakitic