Jose Altuve is a well-known Venezuelan professional baseball player. He has been playing in Major League Baseball for the Houston Astros. Altuve plays as a second baseman for his team. Jose was part of the World Series Champion in 2017 and has been part of the All-Star Team seven times.

Jose Altuve was born Jose Carlos Altuve on May 6, 1990, in Maracay, Venezuela. He is the son of Lastena Linares and her husband, Carlos Altuve. Much about his early life and his educational qualification is under the radar. Altuve stands five feet and seven inches tall and weighs 75 kg.

Jose Altuve: A Decade Career in the MLB

Jose started his career playing in the Venezuelan Summer League. He had to impress his officials to sign and received $15,000 as an undrafted free agent. In 2008, The player moved to the States and joined Greenville Astros in the minor league. IN 2009, Altuve hit .324 with 21 stolen bases in just 45 games, earning him a spot on the league All-Star team. The following season, Jose moved to  Lexington Legends of the Class A South Atlantic League, hitting .308 with 39 steals and 11 home runs. 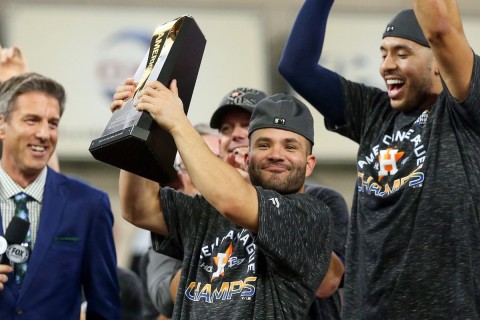 Jose shares a photo enjoying with his Award SOURCE: The Crawfish Boxes

In July 2011, Jose earned his Major league call and represented the Astros at the 2011 All-Star Futures Game. He batted .346 over his first 21 games before slumping a bit and ended the year with a .276 average. The player had a good year and signed a four-year, $12.5 million extension that included two club options for 2018 and 2019 worth $6 million and $6.5 million. In the next four seasons, Jose earned numerous awards, including All-Star Mention, AL batting champion, Silver Slugger Award.

In 2017, Jose played a vital role when the Astros won their MLB title. He was named the Major League Player of the Year. Shortly after that, Altuve extended his contract for $6 Million in 2018. On March 16, 2018, Altuve and the Astros agreed to a five-year, $151 million contract extension to span the 2020–24 seasons. The player has had a decent career since his second contract with the team.

Jose is a proud father of a daughter. Altuve is married to his longtime girlfriend, Nina Altuve. Some sources claim them to be married in the mid-2000s. In early 2016, The baseball player opened about expecting their first child. Shortly after that, They shared the gender to be a girl. 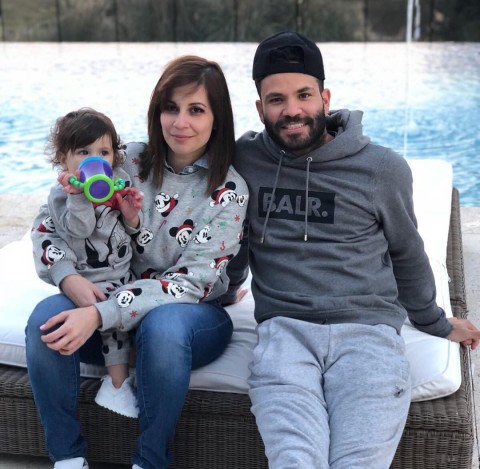 Jose shares a photo with his wife and daughter SOURCE: [email protected]

The family of three is living a happy married life. Although Jose is an active social media user, He rarely shares his family.

Net Worth In MIllions

Jose Altuve has an estimated net worth of more than $50 Million. He credits most of his net worth to his successful career in baseball. In 2021, Altuve received $26 Million as his salary from the Astros. As per his contract, The player will receive $150 Million until 2024. He is among the highest-earning players currently playing in the Leagues, Manny Machado and Max Scherzer.