Jordan Martinook is a Canadian professional ice hockey player who plays in the National Hockey League (NHL). As of 2019, Jordan Martinook currently plays for the Carolina Hurricanes as their Center. Jordan Martinook has played for other teams like Arizona Coyotes and is drafted in the 2012 NHL Entry Draft by the Coyotes.

Jordan Martinook earns around $2 million as his yearly salary from Carolina Hurricanes as their center and reportedly has an estimated net worth of over $5 million. He is married to his wife and has a child with her.

Jordan Martinook's Net Worth and Salary

As of 2019, Jordan Martinook has an estimated net worth of over $5 million similar to that of Andreas Athanasiou of the Wings. He reportedly signed a two-year contract worth $4 million with Carolina Hurricanes on January 29, 2019.

In addition to this, Jaccob Slavin is among the list of highest paid player of the Hurricanes team with an annual average salary of around $5,500,000.

Jordan has an average salary of $2 million annually and Martinook so far has made earnings of $8.77400 million from his entire NHL career.

Besides Martinook financial earnings, his personal assets include home and cars. Moreover, he earns a good amount of money from various sponsorships.

Jordan is a married man.  He married his lovely and gorgeous girlfriend Courtney Dyck at Edmonton, AB on July 09, 2016, in a lavish wedding ceremony in front of family and friends. 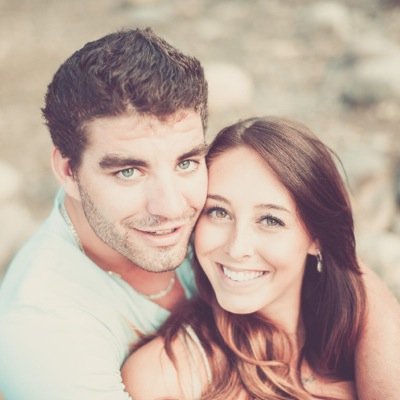 Furthermore, the details about his past relationship or affairs are not yet disclosed on the media and other social sites. So far he is living a happy married life with his spouse as it can be confirmed by looking at his social sites.

The couple reportedly has a child who is about a year old. His wife Courtney has mentioned that she is a mom on her twitter bio. Besides, she also keeps posting the photos of her child on her Twitter account.

Besides a famous sportsperson, Martinook is pretty famous in social media. The Famous NHL star is 6 feet in height and weighs around 92 kilograms. Jordan Martinook is not only a world-class athlete but also has a very attractive individual.

Jordan Martinook was born on July 25, 1992, in Brandon, Manitoba, Canada but the information about his parents and family life aren't available.

Jordan started his playing career with the Western Hockey League and played two seasons in the league form 2010 to 2012. After that, he entered the NHL career and was drafted in the 2012 NHL Entry Draft by the Arizona Coyotes. 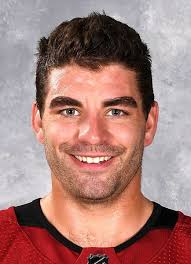 After playing over six seasons with the Arizona Coyotes, he was traded to the Carolina Hurricanes in exchange for Marcus Kruger in 2018. Currently, he is playing alongside Trevor Van Riemsdyk, who plays as a defenceman of the team.