Jordan Mailata is a rising Australian professional American football player. He is currently playing in the National Football League for the Philadelphia Eagles. Jordan turned professional in 2018 after being picked in the seventh round overall 233rd pick. Mailata plays as an offensive tackle for his club.

Jordan Mailata was born on March 31, 1997, in Bankstown, New South Wales. Much about his parents and his early life is under the radar. Mailata has successfully kept his parents away from the spotlight. Jordan has three brothers, Daniel, Moana, and Millo, who all played Rugby League and a sister, Eraia. Talking about his physical appearance, Mailata stands six feet and eight inches tall and weighs 166 kg.

Jordan Mailata's Net Worth in Millions

Jordan Mailata has an estimated net worth of more than $10 Million. The player credits most of his net worth to his successful NFL career. The salary of a player currently playing for the Eagles is more than $20 Million. As per sources, Jordan is currently playing with the Eagles under a four-year, $64 million contract, including a $40.85 million guaranteed amount. Australian clothing company Johnny Bigg sponsors Mailata. 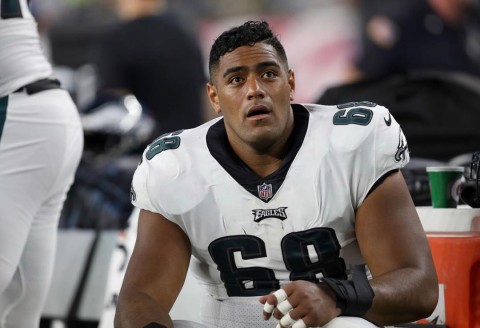 Jordan plays for the Eagles in the NFL SOURCE: [email protected]

Who is Jordan Mailata Dating? Know About His Girlfriend and Relationship Status

Jordan is an active social media user. He is very open about his relationship status. Following his posts, we can be sure that The NFL player is dating his longtime girlfriend, Niki Ikahihifo-Benderro. The love birds have been together for more than three years. Nothing much about their first meeting experience is shared with the public. 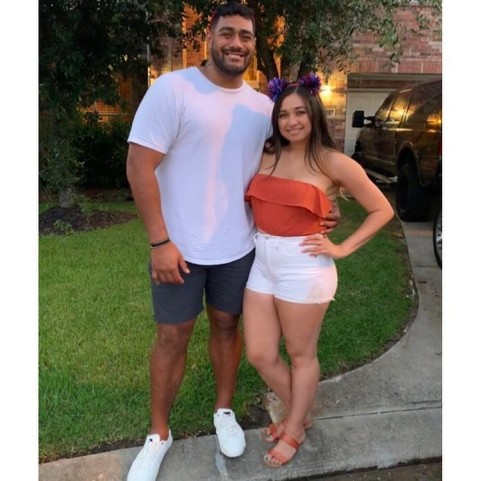 Jordan and Nikki first opened about their relationship in October 2018. Both of them love visiting new places globally. They are very supportive of each other.

Jordan started playing rugby with his siblings and the Bankstown Bulls. He was selected for Canterbury-Bankstown Bulldogs and played in the NRL. The player underwent heart surgery in 2014. He kept his training on even after recovering from the surgery. After spending two seasons training as a reserve, Mailata was called by the NFL executives and started his training in the IMG academy.

After training for a year, Jordan listed his name for the 2022 NFL draft. The Eagles drafted him, and he became the second player to be drafted with no American high school or college experience. Mailata signed a four-year deal worth $2.5 million. He was placed on the injury reserve and got minimal chance to play on the senior team. The player became a regular member in the 2021 season and extended his contract until 2026 for a reported $64 million contract.