Spencer Raleigh Ware III who is also known as Spencer Ware is an American former football running back who played for the Kansas City Chiefs of the National Football League (NFL). Earlier, he played college football at LSU and played in the 2010 U.S. He was named as Army All-American Bowl.

Born November 23, 1991, in Cincinnati, Ohio, he was born under the star of Sagittarius and he belongs from the Afro-American Ethnic group who has completed his higher education from the LSU. He attended high school at Princeton High School. Spencer was drafted in the sixth round of the 2013 NFL Draft by the Seattle Seahawks, with whom he has won Super Bowl XLVIII as a rookie player.

The Kansas City running back started his NFL career in 2013 with Seattle agreeing to a 4-year contract worth $2.25 million. After playing for a season, he was traded to Kansas City where he signed a 2-year $1.11 million reserve/future contract. In 2016, he extended the contract for 2 years worth $3.6 million worth contract with the annual average salary reported to be $1.8 million. 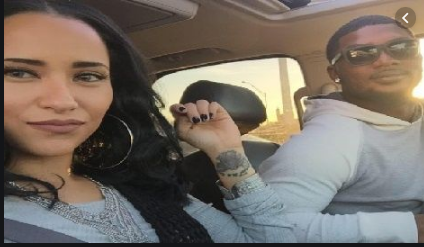 Spencer Ware and His Spouse In their Luxury Car SOURCE: Twitter @spencer

Before Kansas he played for Indianapolis and on Apr 30, 2019, he signed a 1-year contract with Indianapolis where he received $1.305 million.

Currently, he is the owner of YesLawd, a lifestyle brand, and might be making some money from the sales. Moreover, he is also the founder of Spencer Ware Founder of the Sickle Cell aWAREness Foundation.

The 25-year-old former Running Back is tied in a marital relationship with his wife Esperanza Marie Ware. The couple is married to each other since 2015 and is the parents of a beautiful child. 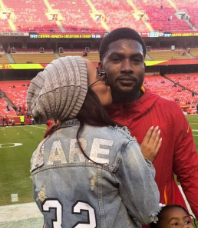 The lovely couple has a child who turned 5 years old now and there is not much information is available about their Marital life. 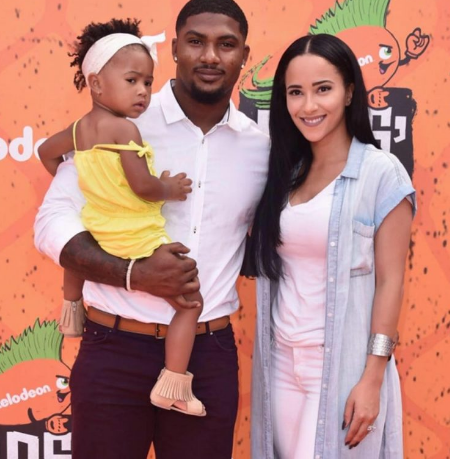 Spencer Ware And His Spouse And Their Kids SOURCE: Twitter @spencer

Spencer's wife Marie born and grew up in Cincinnati, Ohio and her mother's name is  Lakeisha Ware.

Spencer has earned good amount of fortune and fame through his playing career and has poured some portion of his wealth for the betterment of society. 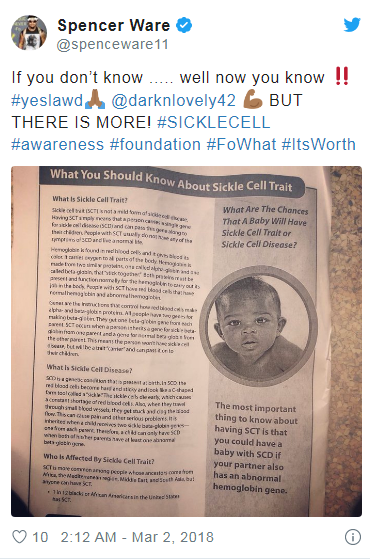 He is the founder of the Sickle Cell Awareness Foundation whose objective is to educate the people about sickle cell disease and make it the cornerstone of the sickle cell community. Besides this, his foundation is motivated to fund research and development in finding a cure for Sickle Cell Disease.