Jordan Love is a professional American football quarterback who plays for the Green Bay Packers. The #10 Packer is the former Utah University college-level quarterback. He is the 2020 NFL Draft First Round Pick of the Packers. The Bakersfield-born young man has been a great name in NFL as of now.

Jordan Alexander Love was born on November 2, 1998, in Bakersfield, California. He is the son of Orbin Love and Anna Love.  Jordan attended Liberty High School and got to play quarterback only in his senior year. He later joined Utah State University for college studies. 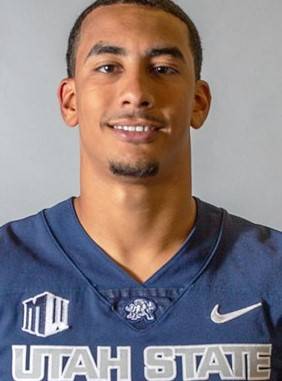 A heartbreaking accident happened with Love when he was 14 years old. His father Orbin died of suicide. Since then, Anna took care of her child. She took all the responsibilities of Jordan's studies and football career.

Jordan was a 2-star recruit, and he decided to play for the Utah State University despite having offers from Eastern Washington, Northern Colorado, and Sacramento State. He spent 3 years in Utah playing for the team.

Love completed 689 passes, 170 rushing attempts, 2.4 average yards per rush, and 9 touchdowns. He had a pass rating of 137.9 and 29 interceptions. He decided to continue his senior year by entering the 2020 NFL Draft. 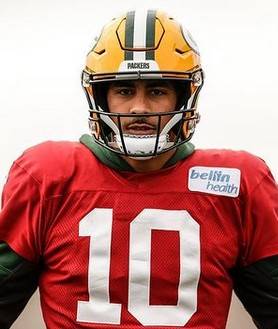 Jordan is currently the player for Green Bay Packers. He has signed a $12 million contract with the team. He earns $3 million every year. Also, the signing bonus for Love was $6.5 million.

The main source of income for Jordan is professional American football. However, there are various side hustles for Love. He has a huge follower count on his social media. He does brand modeling for various fashion brands. Jordan is actively involved in sponsorship with BOSE Headphones. The headphone company pays a handsome amount of money for the talented quarterback.

The net worth of Jordan Love is estimated to be around $6 million - $8 million.

Jordan is married to Ronika Stone. Ronika is a professional volleyballer herself. The common love for sports is a big boost up in their love life. 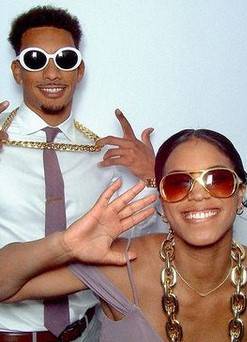 They got married in May 2021. The romantic couple had a fun photoshoot before their marriage ceremony. They termed the photoshoot as a "Stone Cold Love" photoshoot.

Jordan and Ronika have a fun time traveling with each other. They go on holiday together. The lovely couple shares a cute and lovely relationship.