Jordan Larsson (fully Carl Henrik Jordan Larsson) is a Swedish professional footballer who acts as a forward for AIK, on loan from Russian club Spartak Moscow and internationally for the Sweden national football team.

Larsson was born in Rotterdam, Netherlands on June 20, 1997. The son of former Celtic legend, Henrik Larsson, as a youth trained with La Masia, Barcelona football academy. He later honed his skill at the academy of Hogaborgs BK, a Swedish football club in Helsingborg.

Larsson began his senior career at Hogaborg in the Swedish Football Division 2, the fourth level of a sports league in the country. At 16, he was offered a place on Manchester United's youth team but he opted to play for the city's famous club, Helsingborgs IF.

For the Red Ones, Larsson made 61 appearances and 10 goals covering all competitions. He then signed with the Dutch team, NEC Nijmegen of the Eerste Divisie, a second-tier league competition in the Netherlands.

He made his debut in the competition on January 13, 2017, in NEC's 1-0 win over Willem II. During his one year with NEC, Larsson scored 4 goals in a total of 21 appearances. The following season, he traveled to IFK Norrkoping for a three-year deal. For the Allsvenskan side, the Swedish striker provided his feet on their 42 official matches while finding the back of the net in 12 events.

After signing with the Russian team, FC Spartak Moscow on August 2, 2019, he played his first Russian Premier League game on August 25, 2019, in a game against PFC Sovetov Samara.

Since his arrival, he has contributed his presence in Moscow's 55 competitive games and has beaten the opposition defense on 22 occasions. He has been active on national duty since 2018 scoring 1 goal in combined 6 appearances.

Jordan Larsson's Net Worth and Salary

Sources report Larsson's current salary at Spartak Moscow is set at around £1.5 million a year. Though, the details regarding his Eerste Divise remuneration is a fairly difficult issue to chew over.

Data propounds most players at the second division have been known to make around $50,000 for some time. While not as gainful as Europe's top league salaries, competing in the Eastern Football League still brings in some rewarding pays to the players. 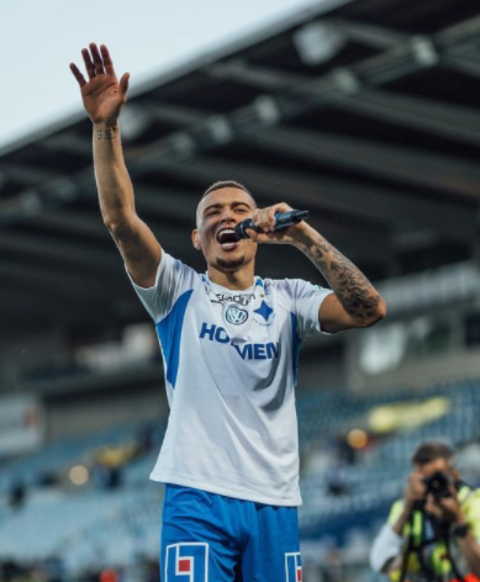 Jordan Larsson scored his first goal for Spartak on 25 August, 2019 in a game against PFC Krylia Sovetov Samara.  SOURCE: Instagram

The Global Sports Salaries reported the Russian Premier League players to earn 103 times more than the average worker. A player's market value also says a lot about how much he is making at the club; at the football market, the average weekly salary for a player valued at $10million is about $50k a week. And that's $16.5 million: $30k in the case of Jordan Larsson.

By the time his existing contract ends in 2023, Larsson will have likely grossed close to £4 million. It is believed, he has earned over £3 million in salary since turning pro in 2012 with his net worth lying somewhere in the region of $1 million or so.

Larsson is in a relationship with Bianca Waller. The couple was originally believed to have started dating at some point in 2017 with the duo being seen together in January 2018.

Moscow's no 11 introduced Waller on January 16, 2018, through his official Instagram account - wishing her a happy birthday the 23-year-old finisher wrote, "Happy birthday to My Queen. Ain't nobody like you. Truly grateful for everything you do for me and I love you." It was later revealed that Larsson and Waller had actually begun their relationship on January 15, 2015. In the first month of 2019, the Swedish footballer posted a picture of himself and his girlfriend with the caption, "Going on my 4th year with this amazing woman." 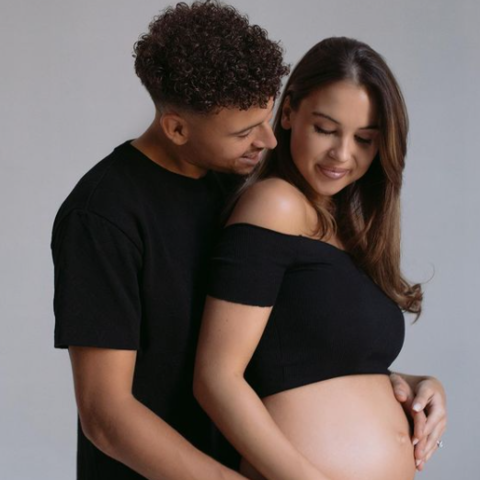 The duo got engaged on January 27, 2021, in Dubai, United Arab Emirates. Larsson announced the pregnancy of his fiancee on March 3, 2021.