Tah has also played for Hamburger SV and Fortuna Dusseldorf in the past. Continue to read for information regarding his career, net worth, girlfriend, personal life, and more.

Jonathan Tah was born on February 11, 1996, in Hamburg, Germany. His father is an Ivorian, whereas his mother is a German. Tah’s birth sign is Aquarius. Regarding his nationality, he is German and is of white ethnicity.

Tah grew up with his sister Deborah Tah. His parents divorced when he was young.

Tah started his youth footballing career professionally with Altona 93 in 2000. After nine years with the club, he switched to SC Concordia and began to play for Hamburger SV youth club.

In 2013, Jonathan Tah was promoted to the senior team of Hamburger SV. On August 4, he made his team debut in the DFB Cup match against SV Schott Jena. Likewise, on September 21, Tah made his Bundesliga debut in a 2-0 home loss against Werder Bremen.

After the expiration of his loan spell, Tah signed a 5-year deal with Bayer Leverkusen on July 15, 2015. Since then, the footballer has been playing for the club and has so far played in almost 200 league matches and 10 Cup matches, and 17 European games.

Tah extended his contract with Bayer Leverkusen until 2023 on February 26, 2018. He plays alongside Wendell, Julian Brandt, Karim Bellarabi, and other players on the team.

Jonathan Tah was a part of Germany's U-16, U-17, and U-19, as well as the U-21 national team. He first received his call-up to a senior national team in March 2016 for friendlies against Italy and England. He made his international debut, coming on at halftime for Mats Hummels in a 2-3 loss.

Tah later replaced Antonio Rudiger at Euro 2016. However, he was not included in the final 23-man squad for the 2018 FIFA World Cup.

Accounting for his relationship status, footballer Tah is in a relationship with his girlfriend, Sina. They have known each other since their childhood days and are in a long-distance relationship at current. The two are not married yet. 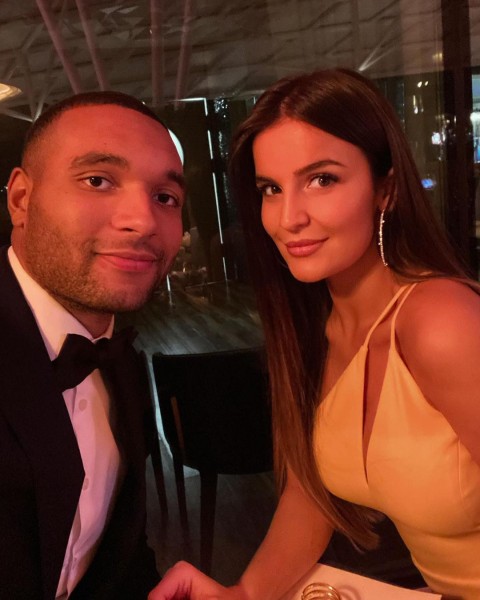 Jonathan shares a photo with his girlfriend SOURCE: [email protected]

Together the couple shares a deep love and bonding. The lovebirds seem pretty serious in their love affair and might take their relationship to the next level some days.

Jonatha Tah is also an animal lover. He owns a white dog named Rocco, whom he treats like his child and loves much.

The footballer Jonathan Tah earns heavily throughout his professional career as a footballer. He has played for several renowned clubs, including Hamburger SV and Bayer Leverkusen. 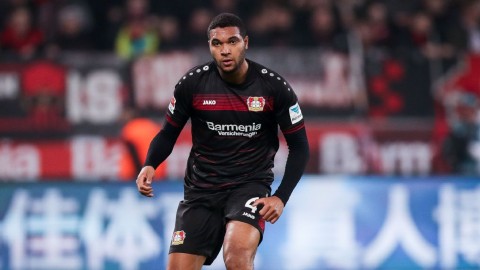 Tah plays in the Budesliga for Leverkusen SOURCE: ESPN

Tah has an estimated net worth of around $5 million. His current market value is €40million. Per the record, his total transfer proceeds are approximately €7,50 million.

Besides football, Tah also adds tremendous worth through endorsement with famous brands and sponsorship. Currently, he resides in an unknown fashion in Leverkusen.

The German footballer Jonathan Tah has a standing height of 6 feet and 5 inches and weighs 97 kg. Tah is currently 26 years old. His fans follow him on his social media accounts like Instagram and Twitter. Details about his career can be found in his wiki.