Germany-born and raised Antonio Rudiger is a 25-year-old professional footballer currently playing for Premier League club, Chelsea.  He started his playing career via VfB Stuttgart club representing their reserves in 3. Liga and the first team in the Bundesliga.

Rudiger represents Germany at the international level and was also included in the 23-man squad for the FIFA World Cup 2018.

Antonio Rudiger's Net worth and Salary

Kepa Arrizabalaga is the highest-paid player of the team with an annual salary of £7,800,000.

No better way to end this year than with three points! Thank you so much for your amazing support during 2018! #Hustle #AlwaysBelieve #Cleansheet @ChelseaFC

Playing professionally since 23 July 2011, Antonio Rudiger has played for VfB Stuttgart (2011), Roma(2015), and Chelsea(2017), he must have made a massive amount of money from these. Recently, Antonio Rudiger signed a contract with Chelsea for five-year with a transfer fee of £29 million.

With his successful career, Antonio Rudiger not only has earned massive fame but also the net worth of a million dollars. As per the report of December 19, 2018, his current market value is estimated at around €45 million.

Talking about Antonia's personal life he was brought up in a poor family.  Previously, his parents used to live in Sierra Leone. Before his birth, they moved to Germany for a better life. Despite being born in Germany he loves Sierra Leone from the depth of his heart. He desires to keep his relationship life secret. However, he was linked to being in a relationship with Reta whom he met up in Roma. 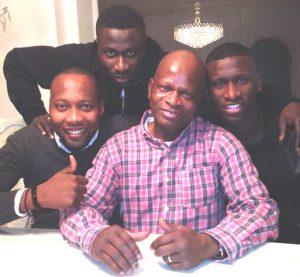 He is the half-brother of German's retired footballer Sahr Senesie. Due to his genius defensive technique, he is best known by the nickname "Rudy".

Antonio Rudiger, a native of Berlin, Germany, was born on 3rd March 1993, to Germany decent parents: father Matthias Rudiger and mother Lily Rudiger. His star sign is Pisces and holds the dual nationality of Sierra Leonean and German.

He belongs to mixed ethnicity.

Though his father is German, his whole family is from Africa with his mother from Sierra Leonean. He is the youngest of the four sisters and a brother, Sahr, who is also a footballer. 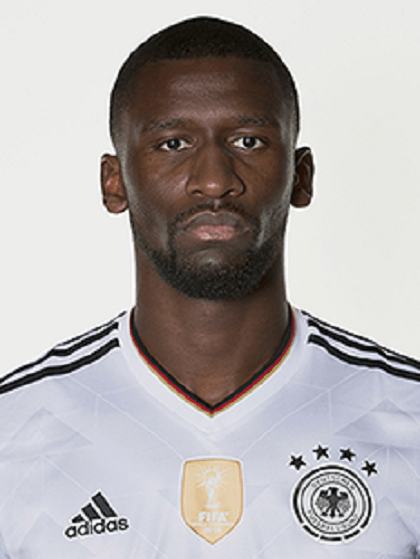 Growing in his hometown, he signed a deal with VfB Stuttgart club and made his debut in the 3. Liga against Arminia Bielefeld for the club. Talking about his school and college, he hasn't shared any information.

On 29 Jan 2012, in the football league "Bundesliga" he played for VfB Stuttgart first-team side against Borussia Monchengladbach which ended by 3-0.

Antonia was signed for Roma on 19th August 2015. He was loaned from VfB Stuttgart for €4 million to Roma. He was signed up for one year with an optional €9 million transfer fee.

He made his debut for Roma on 12th September against Frosinone with the end of 2-0. He scored his first goal for Roma on 9th Jan 2016  against Milan. He finished up his one year contract with 37 appearances and 2 goals.

Furthermore, he was signed by Roma for 4 years on 30 May with  €9 million + €0.5m bonuses. He appeared in UEFA Europa League against Villareal where was issued the double yellow card. On 30th April he was sent off with a red card against Lazio. He finished the second season with 35 appearances and 4 assists.

On 9 July 2017 Antonia signed a five-year contract with Chelsea with the initial fee of  £29 million. He represented with the Jersey no. 2 in the matches.

He made his debut for Chelsea in the 2017 FA Community Shield replacing Marcos Alonso in the 79th minute of the game which ended by 4-1 against Arsenal. Further, he played in Premier League against Burnley which ended up with 3-2.

Antonia scored his first goal for Chelsea in EFL Cup against Everton which ended up with the win of 2-1 for Chelsea.

He started his international career through Germany and Sierra Leone. He was also a member of Germany's youth national team.

He made his debut for Germany on 13th May 2014 against Poland which ended with the draw of 0-0. Due to his injury, during the training session, he couldn't appear on the 23-man squad for UEFA Euro 2016. 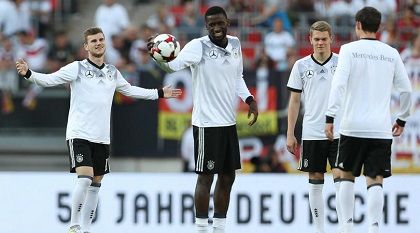 Antonio was selected in the German national squad for the 2017 FIFA Confederations Cup. During the tournament, he played four matches. He scored his first international goal on 8th October 2017 against Azerbaijan which ended up with the win of 5-1.

As of 2018, Antonia was included in Germany's final 23-man squad for the 2018 FIFA World Cup alongside Mesut Ozil, Thomas Muller, Mario Gomez.