Julian Brandt is a German professional football player currently playing as a winger for the Bundesliga club Borussia Dortmund and the German national team. He started his youth career in 2001 with  SC Borgfeld and played for FC Oberneuland and VfL Wolfsburg.

Julian Brandt was born on May 2, 1996, to German parents, Heike Brandt and Jurgen Brandt. He was born and raised in Bremen, Germany, along with his brothers Joscha Brandt and Jannis Brandt. Talking about his nationality, he is a German citizen of white ethnicity.

In his youth career, Brandt began his youth football in his hometown at SC Borgfeld and then at FC Oberneuland before he joined the youth academy of VfL Wolfsburg. Brandt moved to Bayer 04 Leverkusen during the January transfer window in 2014.

Net worth and Endorsements of Julian Brandt

Julian Brandt has an estimated net worth of $10 million, including all his properties and incomes. Just at 26, he has a wealth of $10 million. Theree is undoubted that his worth will increase massively in years to come. 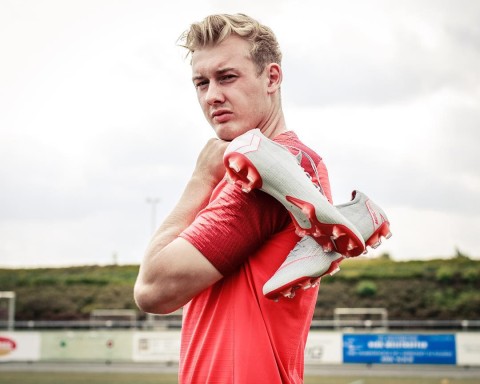 Julian has a sponsorship deal with Nike SOURCE: [email protected]

Julian is currently receiving an annual salary of £5,980,000 from his club. His salary in 2015 was around Apart from his football career; he too earns some amounts through his endorsing deal with Addidas. His recent market value price is recorded to be $32 million. 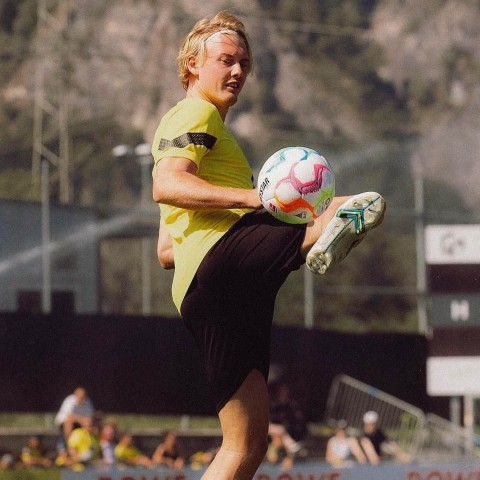 Julian shares a photo of his training SOURCE: [email protected]

His first goal for the club came on August 15, 2015, a winning goal against TSG 1899 Hoffenheim. He scored in six consecutive Bundesliga matches, becoming the youngest player since Gerd Müller to achieve this record. He finished the season being the DFB-Pokal top assist provider: 2015–16, Brandt had made over 150 appearances for the club, scoring 34 goals.

In 2019, Julian moved to Borussia Dortmund and signed a five-year deal for €25 million.

Julian Brandt has represented his national side in Germany at junior and senior levels in several tournaments. He was part of Germany's U-15, U-16, U-17, U-19, and U-21 teams. His senior international debut came on May 21, 2016, against Mexico. He was part of the squad for the 2016 Summer Olympics, where Germany won the silver medal. He has won 13 caps for his senior national side, scoring a goal. He has also played alongside star players like Mario Gotze, Thomas Muller, and Toni Kroos in the national team.

Julian Brandt is neither married nor engaged in his personal life and affairs. There is no speculation about him being engaged in a relationship or having a girlfriend. The 26 years old professional is focused on his career rather than building a relationship status. His zodiac sign is Taurus, and he has a perfect height of 1.85 m (6 ft 1 in).