Jonathan Kraft has earned so much success that he is known through the different entities that he owns. The major tag that Kraft uses very proudly is the tag of being the President of the Kraft Group. He is also known for being the President of the six-time Super Bowl-winning NFL team, New England Patriots, and as the investor/operator of the MLS team, New England Revolution.

Born in Brookline, Massachusetts, on March 4, 1964, the American businessman goes by the birth name of Jonathan A. Kraft. He was raised in a Jewish family by his parents, Robert Kraft and Myra Kraft. Apart from his parents, he also has three siblings, David Kraft, Joshua Kraft, Daniel A. Kraft. Unfortunately, his mother passed away on July 20, 2011.

Jonathan Kraft received his high school education from Belmont Hill School and The Park School. Likewise, he earned his B.A. degree from Williams College, and he enrolled at Harvard Business School for his M.B.A. degree.

After earning his B.A. degree, without wasting any time, Kraft started working at a company named Bain & Co. Later, he left his job to pursue his M.B.A degree. As soon as he received his M.B.A. degree, he joined his family business, Kraft Group, in 1990. 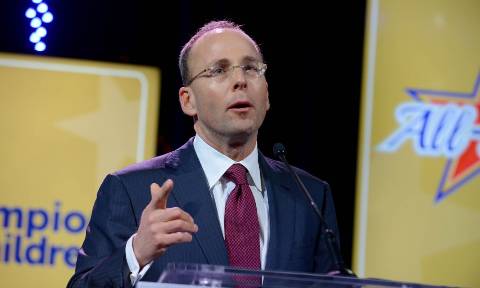 Ever since then, a very talented businessman has been helping his company run very smoothly and successfully. Later, his hard work paved the path towards his success, and he became the President of the company.

As the President, he looks after all the day-to-day activities of every running business of the company and involves himself in its future planning. Four years after he joined his family business, in 1992, he, alongside his family, successfully purchased the National Football League’s team, New England Patriots.

Following the purchase, Kraft first became the Vice President, then the Vice-chairman, and currently is the President of the team.

A year later, in 1995, the Kraft family purchased another football team from Major League Soccer, New England Revolution. Jonathan became the co-owner/investor of the team, alongside his father.

Other than these above-mentioned businesses, the Brookline native has also been part of several other business entities that include the San Jose Earthquakes, Massachusetts General Hospital, Billie Jean King Leadership Initiative, and so on.

With an amazing business career, owning three football teams, and several other businesses, it must be sure that Kraft has amassed a huge net worth. As per some sources, the American businessman has a net worth amounting to $20 million.

Jonathan's father Robert is a billionaire worth around $7 billion. He owns the NFL team the New England Patriots which he bought for $172 million in 1994. The team is now worth $4.1 billion. He also owns the MLS club the New England Revolution and a stake in mixed martial arts promoter Ultimate Fighting Championship.

The president of the six-time Super Bowl-winning NFL team is a happily married man. He is currently in a marital bond with his long-time wife named Patricia Lipoma. The two love birds shared the wedding vows in 1995 in a Jewish ceremony at Jonathan’s father’s Chestnut Hill home. 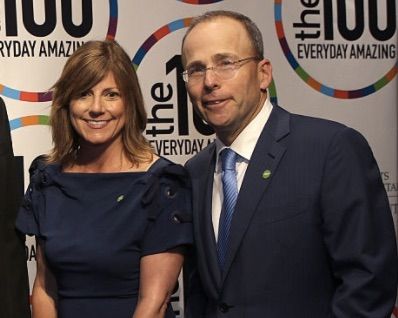 Together, the married couple is blessed with three children. However, to this date, none of them have disclosed any details about their children other than the fact that one of his children is a son named Harry Joseph Kraft, and he was born on November 23, 1996.