Daniel A. Kraft has earned name and fame through different things. He has earned fame as the son of the renowned American businessman Robert Kraft and as Jonathan Kraft's brother. Likewise, he has also garnered limelight for being the President and CEO of International for the Kraft Group and International Forest Products LLC (IFP), which falls under Kraft Group's jurisdiction.

Born as Daniel A. Kraft, he is the son of Robert Kraft and Myra Kraft. As for his date of birth, there is no information about that. He was raised in a Jewish family alongside his three brothers Jonathan Kraft, David Kraft, and Joshua Kraft. Unfortunately, the Kraft brothers suffered a huge loss when their mother, Myra, passed away on July 20, 2011. Other than that, it is known that Daniel went to Tufts University for his higher studies and graduated in 1987.

Daniel A. Kraft Career Plus Net Worth 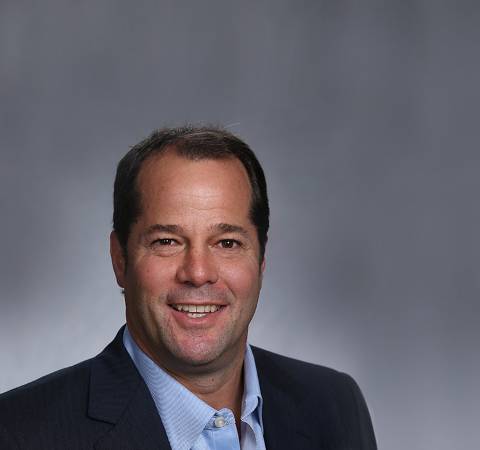 Around 1994, he entered the Kraft Sports Group as its vice president and handled the marketing department. There, he took care of all promotions, sponsorship sales, advertising, broadcast rights, and special events of the Kraft Group-owned sports teams and stadiums.

He is also the Pres: International of the famous Robert & Myra Kraft Family Foundation Inc. Likewise, he has been serving as a Board Member of the Silk Therapeutics Inc since May 2015.

He is a well-known trustee of Tufts University and Rivers School and has been working as a Board Member of the Massachusetts-based Make-A-Wish Foundation.

With such an up-and-running business career, it must be sure that Daniel has managed to amass a huge net worth. Sadly, the businessman has not spoken anything related to that, and thus, has kept his net worth behind the curtains.

Nonetheless, it is known that his father, Robert Kraft, has managed to accumulate an estimated net worth of $6.9 billion, and his brother, Jonathan Kraft, has a net worth amounting to $20 million.

Daniel A. Kraft is part of that family business which can be regarded as one of the very successful family businesses of the United States. His father, Robert Kraft, laid the foundation for this business in the 1960s alongside his father-in-law.

Later, in 1972, Robert established the International Forest Products. Soon, his business strategies worked out, and his business began blooming. And, in less than no time, he founded several other businesses. 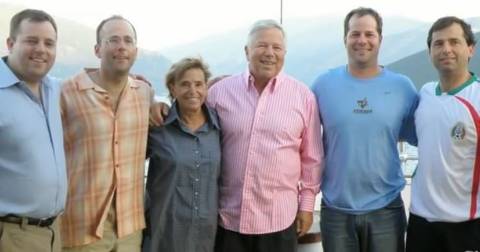 Daniel A Kraft with his father, mother, and brothers SOURCE: fabwags.com

Following such accomplishments, Robert decided to put his hands in new fields, and in 1994, he purchased the NFL team, New England Patriots, for $172 Million. Two years later, in 1996, Robert again got involved in the sports field and laid the foundation of Major League Soccer’s New England Revolution.

After that, in 1998, Robert established The Kraft Group and put together all of the businesses he formed under the same belt. Ever since then, the Kraft family business has been running successfully into the sky.

The Massachusetts native businessman is a happily married man. He has been married to his lovely wife for a very long time. With his wife, Daniel is blessed with three children.

However, to this date, he has not revealed anything related to his wife and children. With that said, it can be said that he is a very private guy who doesn’t like to disclose his personal life in public.