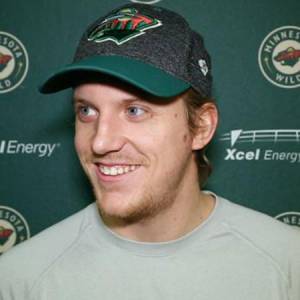 Jonas Brodin is a Swedish professional ice hockey player who plays in the National Hockey League NHL). As of 2019, Jonas Brodin currently plays for the Minnesota Wild as their Defence. Jonas Brodin has played for other teams like Färjestad BK and Sweden's National Team. He was drafted in the 2011 NHL Entry Draft by the Wilds.

As a Defence, Jonas Brodin reportedly earns around $4,166,667 as his yearly salary from Minnesota Wild. Further, Jonas Brodin has an estimated net worth of over $10 million.

Jonas Brodin's Net Worth and Salary

As of 2019, Jonas Brodin has an estimated net worth of over $10 million same as that of Canucks Sven Bartschi. He reportedly signed a six-year contract worth $25 million with Minnesota Wild in 2014.

Jona Brodin is currently in a romantic relationship/affair with his charming girlfriend Clara Reijers but the details regarding their first date and other facts are still not disclosed. 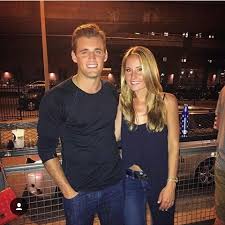 Jonas is not married until now but as exploring his social sites it is found that Jonas might be planning to get married soon with his girlfriend. Furthermore, if nothing goes wrong in their affair, Clara might become his future wife/spouse.

Jonas is a career-focused man and stays away from rumors and controversies and he is also very much supported by his family.

Other than being a famous NHL Defence, Jonas Brodin is pretty famous in social media. The Famous NHL star is 6 feet 1 inch in height and weighs around 88 Kilograms. Jonas Brodin is not only a world-class athlete but also has a very attractive individual.

Jonas Brodin was born on 12 July 1993, in Karlstad, Sweden bu the information about his parents is still isn't disclosed on media.

As per his nationality, he is Swedish and belongs to the White ethnic group and his star sign is Cancer.

Jonas began his professional NHL career with the Minnesota Wilds in the 2011 NHL Entry Draft and made his debut against Detroit Red Wings.

In addition to this, he also played in the American Hockey League and several other tournaments besides NHL. During his rookie season, he played alongside Ryan Suter. Currently, he is in a six-year contract with the Minnesota Wilds signed in 2014.

Jonas is playing alongside Devan Dubnyk who is a goaltender of the Wilds team and Mathew Dumba plays as a defenceman.