Johnathon Simpson Snedden Russell well recognized as Johnny Russell is a Scottish footballer who is currently signed to the American club Sporting Kansas City. The forward previously played for Derby County, Raith Rovers, Forfar Athletic, and Dundee United. Besides, he has represented his national side Scotland at U19 and U21 level and made his full international debut in November 2014.

How Much Is Johnny Russell Net Worth? Know His Salary & Net Worth

As of 2020, Johnny Russell is listed among the highest-paid players in the current team squad of Kansas City. He annually makes $1.7 million per MLS season. After him, the team is paying big money to Felipe Gutierrez upto ($1.65 million) a season. Javier Hernandez and Michael Bradley currently lead the highest-paid MLS players list in 2020.

Besides, he makes a decent sum of money playing for the Scotland national team, where he has been capped 14 times with a single international goal. Additionally, endorsement deals are another important source of income. Currently, his net worth is approximately $2 million.

Sporting Kansas City No.7 forward, Johnny Russell often talks about him being in a relationship and has a girlfriend. However, he is yet to come out with his love story and details regarding his girlfriend. He prefers to live his personal life private. 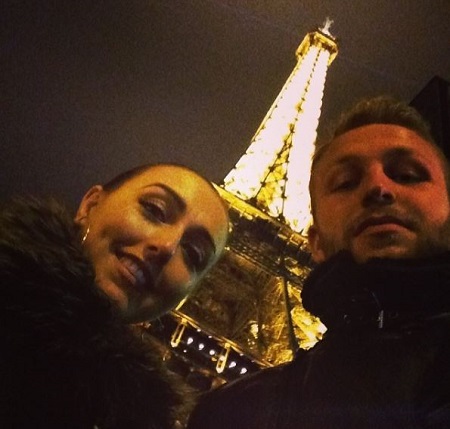 Scrolling through his Instagram account, he has posted few pictures with his girlfriend but it's about not after 2014.

Sporting Kansas City's forward, Johnny Russell is thirty years old. He stands 178 cm (5 ft 10 in) and weighs 76 Kg. The hunk has blonde hair and his eye color is blue.

A product of Dundee United FC, Russell made his professional debut in the Scottish Premier League for the Dundee United's senior team on 12th May 2007 in a 2-0 loss at Falkirk. In August 2008, he was loaned to Forfar Athletic of the Scottish Football League where he played almost two seasons. In September 2009, was loaned out to Raith Rovers. In June 2010, he returned to Dundee United. Overall, he made 102 appearances and scored 31 goals.